The trade marks the largest multifamily transaction in the state this year, one of two big deals in Glendale involving plans to lower rent 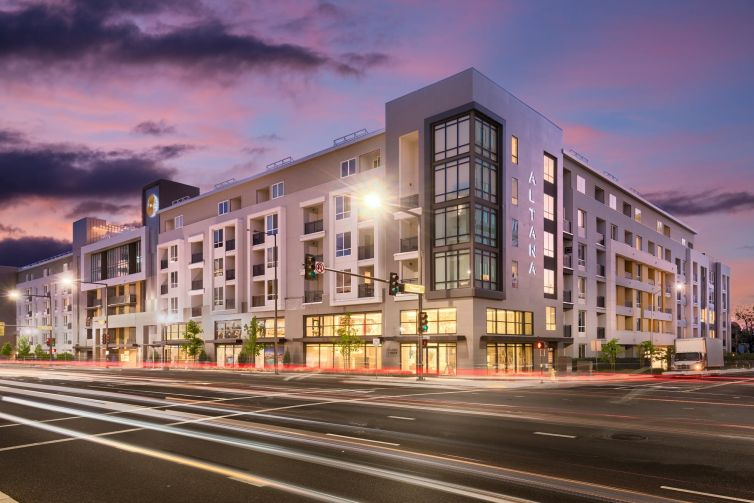 The largest multifamily deal in California so far this year is an unconventional one.

Waterford Property Company is back with another rent conversion project, this time picking up Altana, a 507-unit luxury community in Glendale, Calif., for $300 million. The developer, in a partnership with the California Statewide Communities Development Authority (CSCDA), will immediately lower rents for middle-income earners.

Waterford acquired the complex, located at 633 North Central Avenue, as property administrator, in partnership with the CSCDA. The units will be converted to “essential housing,” which means they will be available to residents making between 80 to 120 percent of the area median income. The new rates will be available to new qualifying tenants and existing tenants that qualify at their lease renewal.

CSCDA and Waterford have teamed up to acquire four multifamily communities since the start of the year, as part of a workforce housing finance program using tax-exempt bond financing, including the 216-unit Oceanaire community in Long Beach, and the $160 million Jefferson Platinum Triangle community in Anaheim. Altana is the largest community to date to be acquired as part of CSCDA’s program.

“This program is just being rolled out across California but we’re already realizing its benefits since the reduced rent can be put into place immediately,” John Drachman, co-founder of Waterford Property Company, said in a statement. “We’re excited about what this means for Glendale as it helps provide more diversity to the city’s housing stock.

Altana wasn’t the only multifamily game in Glendale today that involved the state government with a rent conversion plan. The state-funded California Community Housing Agency also acquired the 494-unit Next on Lex complex about one-fifth of a mile south from Cypress Equity Investments, the Los Angeles Business Journal reported. The agency plans to convert the units into workforce housing.

Altana was built in 2017 on Central Avenue in L.A. County’s Glendale, which has seen a couple of the larger multifamily trades in L.A. County over the past six months. For example, multifamily powerhouse JRK Property Holdings recently paid $90.7 million for The Harrison Glendale. In November, Essex Property Trust sold a 115-unit property for $60 million, and Raintree Partners acquired the 44-unit Imperial Crest as part of a larger portfolio acquisition.

CSCDA is a joint powers authority founded by the League of California Cities and the California State Association of Counties, to enable local government and eligible private entities access to tax-exempt financing for projects that provide a public benefit or contribute to social and economic growth.