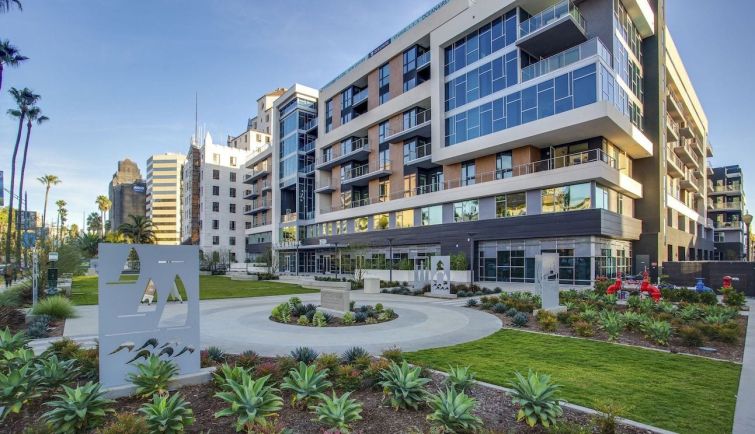 To increase affordability in one of the least affordable rental markets in the country, Waterford Property Company is making some changes to a luxury apartment building in Los Angeles County.

The investment and development firm acquired the 216-unit Oceanaire community about one block from the coast in Long Beach for $120 million. And, in a partnership with the California Statewide Communities Development Authority (CSCDA), Waterford plans to convert the property to middle-income housing.

Waterford’s acquisition is part of a workforce housing finance program created last year by CSCDA. The firm will lower rents immediately for residents making between 80 percent and 120 percent of the area median income.

L.A. entered 2021 with the second-highest unemployment rate in the nation, and the county is also ranked among the least affordable housing markets. The average rent fell to about $2,221 per month in 2020, according to a report by Marcus & Millichap.

After approving more than 10,600 units last year, developers will grow L.A. County’s apartment inventory by about 1.3 percent in 2021, according to the report.

“It is extremely difficult to produce new ‘middle income’ housing because of the financing gap,” John Drachman, co-founder of Waterford Property Company, said in a press release. “What is so important about this program is that we are able to acquire buildings and convert them immediately to housing for the ‘missing middle’ demographic.”

Waterford is one of the largest property owners in Long Beach after adding more than $350 million in assets in the city to its portfolio since 2015. Recently, Waterford acquired City Place in Downtown Long Beach with Turnbridge Equities and Monument Square Investment Group.

Class C trades in L.A.’s South Bay region, which includes Long Beach, and in the San Fernando Valley accounted for about half of the deals recorded since the coronavirus outbreak.