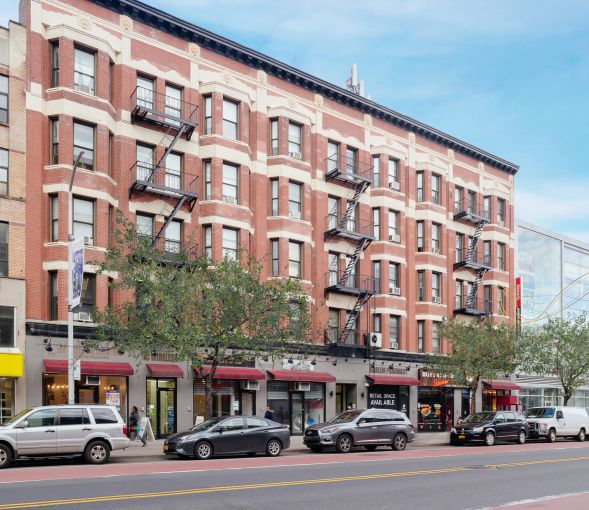 Thor Equities is in danger of losing its mixed-use property at 17 West 125th Street in Harlem, thanks to a lawsuit from East West Bank filed last week.

East West Bank filed to foreclose on the property in the New York State Supreme Court, claiming that Thor is delinquent on three loans for a total cost of around $20 million, The Real Deal first reported.

The California-based bank provided three loans to Thor for the property in 2015 to renovate the Harlem building, court records show. The financing included an acquisition loan for $13.5 million, a building loan for just over $3.8 million, and a project loan for just under $5.7 million.

A spokesperson for Thor did not respond to a request for comment. East West’s lawyer declined to comment.

Thor bought the five-story building for $30 million in 2015, The Real Deal reported. It has more than 9,000 square feet of retail — with Insomnia Cookies as a tenant — and 50 rental units.

After allegedly missing two payments on the Harlem building in 2019, Thor and East West agreed to extend the loan into 2021. Once the coronavirus pandemic began, Thor entered into a new payment deferral and repayment plan. Even after this rearrangement, the complaint said that Thor breached the terms of all three loans by failing to make payments due in November and December of 2020.

East West sent three letters notifying Thor of the default, all of which allegedly went unanswered, according to the suit. The bank also sent a notice of hardship declaration due to the pandemic. Again, Thor did not respond.

Now, East West wants to foreclose on the Harlem property. While New York state has halted foreclosures and evictions in response to the coronavirus pandemic, the bank claims that it can foreclose because Thor failed to sign a notice of hardship declaration.

The lawsuit also names brokerage Avison Young as party, alleging it is the property manager for the Harlem building. The suit also states that other New York City bodies have an interest in the property as well. A spokesperson for Avison Young declined to comment.

Thor’s Harlem building is not alone in causing trouble for its portfolio, as the landlord shifts away from retail to the industrial and life sciences markets. In 2019, its $17 million, non-performing CMBS loan on its retail building at 1006 Madison Avenue was put up for sale, and U.S. Bank National Association filed suit to foreclose on Thor’s retail property at 494 Broadway,  Commercial Observer previously reported .

The landlord, however, has also made some key acquisitions and leases in the last year. Thor bought a life science facility at 7 Power Horn Drive in New Jersey for $27.1 million, the fifth acquisition by its Thor Sciences division. This deal was closely followed by Amazon’s decision to close on a 20-year, 311,796-square-foot lease at Thor’s industrial development in Red Hook, Brooklyn.

Update: This story has been updated to include some of Thor’s recent deals.