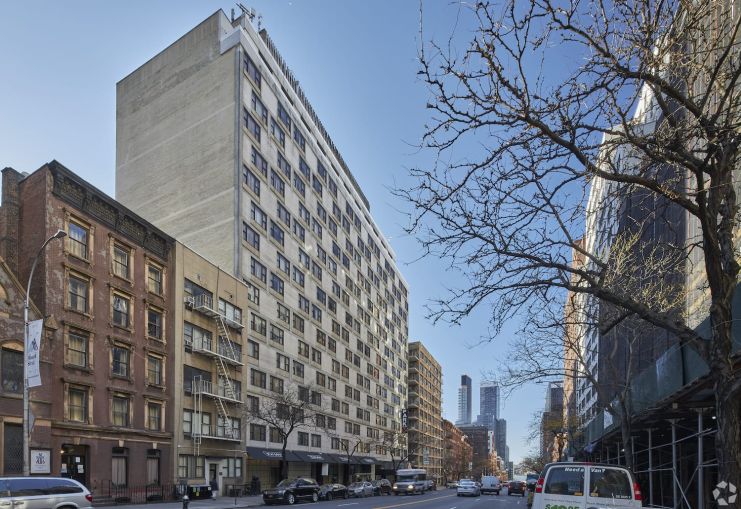 The 600-room Watson Hotel in Manhattan’s Hell’s Kitchen sold for $175 million to Yellowstone Portfolio Trust, the most expensive hotel sale the city has seen since the coronavirus pandemic hit, Bloomberg reported.

Isaac Hera’s Yellowstone picked up the hotel at 440 West 57th Street after its owner BD Hotels defaulted on its loan last year, according to Bloomberg.

Hera told Bloomberg that the hotel represented a “unique and rare opportunity to acquire substantial scale on West 57 Street” for his firm. He’s also considering redeveloping the spot into offices or apartments, something that’s not as easy as it sounds.

The pandemic decimated the hospitality industry — as travelers were forced to stay homebound — leaving many hotels to shutter or file for bankruptcy.

In June, BD stopped making payments on its $42.5 million loan from HSBC on the Watson Hotel, which forced the bank to find a buyer for the mortgage, The Real Deal reported. Aside from picking up the financing, Yellowstone also acquired the ground lease on the property.

Hera could not be reached for comment and representatives from Eastdil Secured, which handled the deal for both sides, did not immediately respond to a request for comment.

And while the pandemic also tanked the number of hotel sales around the city — with only six in the first half of 2020 — the market has slowly started to return as tourists trickle back to the Big Apple.

In December, the Reuben Brothers bought the Surrey Hotel for $150 million, and developer Mack Real Estate Group acquired a portfolio of seven Manhattan hotels last month. The sector also saw a huge uptick in hospitality financing nationwide at the end of last year and some large deals this year.

Apollo Global Management and VICI Properties bought The Venetian hotel on the Las Vegas Strip as well as the Sands Expo and Convention Center for $6.25 billion, while Blackstone Group and Starwood Capital Group teamed up to buy hotel operator Extended Stay America for $6 billion last month.