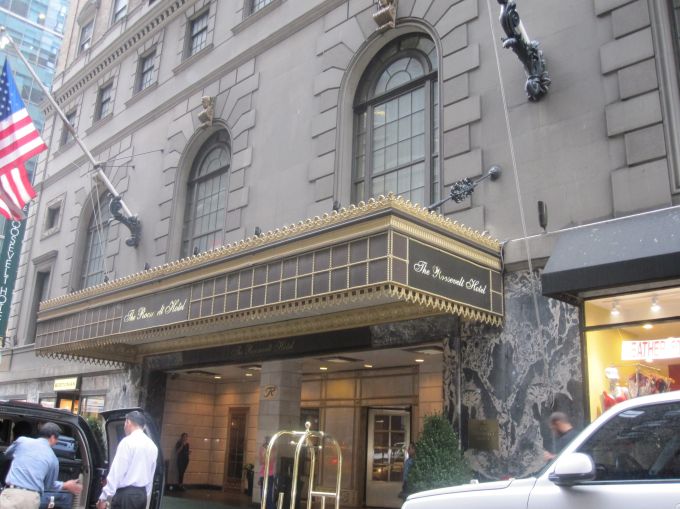 Manhattan's Roosevelt Hotel is among those city inns unlikely to ever reopen. tacitelli

COVID-19 has claimed the landmark Roosevelt Hotel in Midtown Manhattan.

Its owner, Pakistan International Airlines, announced over the weekend that it was shuttering the 19-story, 1,015-key hotel at 45 East 45th Street before the end of 2020 due to a steep drop in demand because of the pandemic.

“Due to the current, unprecedented environment and the continued uncertain impact from COVID-19, the owners of the Roosevelt Hotel have made the difficult decision to close the hotel and the associates were notified this week,” the owner said in a statement to CNN, which broke the news of the closure. “The iconic hotel, along with most of New York City, has experienced very low demand and as a result the hotel will cease operations before the end of the year. There are currently no plans for the building beyond the scheduled closing.”

“Very low demand” might be an understatement. The pandemic has wreaked havoc with the city’s hospitality industry. A June analysis forecasted that New York City could lose as many as 1 in 5 hotel rooms, or 25,000, permanently to the coronavirus. The average occupancy rate for city hotels stood at under 40 percent nightly at the start of September, far less than half the pre-pandemic norm.

The closures and dearth of business has also meant sweeping job losses in the industry. Plus, hotels as an investment vehicle rank near the bottom of the pile in terms of desirability. This might mean that any buyer of the former Roosevelt will likely purchase the 742,557-square-foot building as a conversion opportunity, retaining its historic facade and gutting the interior. It is located in the Bryant Park area near major subway hubs.

The inn dates from 1924, and has appeared as a backdrop in numerous films, including The Irishman, Malcolm X and Wall Street. It was also from where bandleader Guy Lombardo first broadcast “Auld Lang Syne” on New Year’s Eve in 1929, according to CNN, touching off a tradition for that holiday.