Mayoral Candidates Want to Convert a Tundra of Empty Offices, Hotels Into Housing

Mayoral candidates and other pols want to convert a tundra of empty office and hotel space into housing — it’s easier said than done. 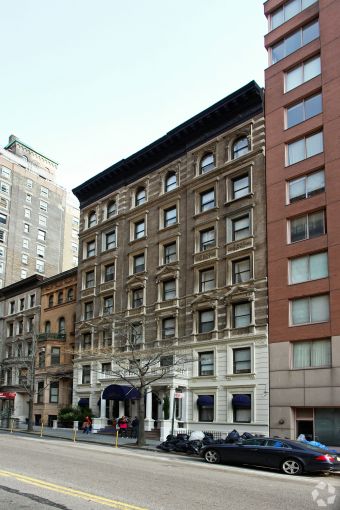 Fairstead, a developer specializing in affordable and workforce housing, secured financing in October to turn the former Park 79 Hotel on the Upper West Side into 78 below-market units for seniors. Photo: CoStar Group

Once the nation’s travel ban ensued to stem the spread of the coronavirus, tourism evaporated and hotels shuttered. Some reopened for first responders and homeless families subsidized by the city, while others permanently padlocked their lobbies.

What’s to become of millions of square feet of empty hotel and office space? Could these properties be put to better use? Because their uses have yet to come anywhere close to where they were pre-COVID.

More than 15 percent of Manhattan office space ended up unclaimed in 2020, up from 11 percent in 2019, and the highest level since 1999, according to Savills. The amount of office space available for sublease shot up substantially, too, and now accounts for more than one-quarter of available Manhattan space, according to Colliers International.

Few have been eager to move into new digs despite the inventory. Commercial leasing plummeted 56 percent between 2019 and 2020, Colliers reported, although several tech companies, including Facebook and Amazon, secured office space near Penn Station and Herald Square by August.

Meanwhile, the hospitality sector has been utterly decimated. Tourism fell 66 percent in just a year, from a record 66.6 million visitors in 2019 to only 22.9 million last year. Travel restrictions forced the closure of 200 of the city’s 700 hotels, and shrunk the industry’s workforce from 55,000 to 10,000 people, according to the Hotel Association of New York City. Hotel occupancy now ranges between 10 percent and 40 percent, depending on who you ask.

The glut of commercial space foisted another crisis upon a slew of politicos looking to lead the city’s recovery in 2022. Several Democratic candidates for mayor have broadly embraced transforming vacant hotel and office space into the city’s perpetually significant need — new housing.

Shaun Donovan, a former U.S. secretary of Housing and Urban Development, has promised to seek zoning changes to repurpose empty office and hotel properties for residential use. And Dianne Morales, former CEO of Bronx-based housing nonprofit Phipps Neighborhoods, set a goal of converting hotel spaces into supportive housing for homeless individuals within her administration’s first 100 days.

The idea quickly percolated from candidate platforms onto the campaign trail. In February, Brooklyn Borough President Eric Adams and Brooklyn Councilman Carlos Menchaca, who has since left the race, appeared together outside a boarded-up Sunset Park hotel in support of adapting non-union lodges that have closed into affordable housing.

“We have joined the hotel council on this entire outer-borough oversaturation of hotels — non-union, low paid, bad conditions for employees,” Adams said, referencing the New York Hotel and Motel Trades Council union. “We always felt it was always important to have a better hotel structure.”

“Would you rather they lay empty for three years in the hopes that eventually they become used again?” Yang replied. “Or would you rather use them to address the crisis we see around us every day?”

Turning empty hotels and offices into housing is not as easy as it sounds.

“Folks have oversimplified how easy it may be to convert,” Basha Gerhards, the Real Estate Board of New York’s vice president of policy, said. “They may not have an understanding of all the layers of regulation and what that is going to take to create livable, habitable dwellings.”

New York zoning codes allow condos and apartments to exist in commercial areas, but property owners who convert an office or hotel into a multifamily must go through the city’s land use review.

That months-long process can be tedious and costly because of the city’s requirements for safe residential living. A legal bedroom unit must have two ways to exit the building in the event of a fire, windows that open to a street or a yard, and the building itself must have a 30-foot buffer to allow residents to have enough light and air in their homes.

Most office spaces would need a significant overhaul, since they may not have enough windows or exits on each floor, or a buffer longer than 20 feet. And owners must wait for existing tenants’ leases to expire before breaking ground on any renovations.

“Offices own a very large floor plate so you don’t have as many units around the perimeter, and you would need a more drastic intervention,” James Power, a land use attorney with Kramer Levin Naftalis & Frankel, said. “You could excavate a core deep in the center of the building to provide light and air, and that’s quite expensive.”

A hotel has many of those elements, since each room has its own window already and the buildings were often designed with a large courtyard in place.

But, refurbishing a hotel isn’t cheap either. Developers have to knock down walls to create units, add kitchens and gas lines, update plumbing and wiring, and replace elevators, and widen bays and stairwells to comply with contemporary building codes.

“Even if I were to go out and buy a hotel today, I am, in all likelihood, not putting residents in that hotel for 24 to 36 months,” said Rafael Cestero, president and CEO of the Community Preservation Corporation, an affordable housing lender. “Work needs to be done, construction must happen, and funding cycles with the city will have to get aligned.”

Mayoral candidates aren’t the only ones thinking about how to utilize idle commercial space. Both Gov. Cuomo and Democratic leaders in the state Senate proposed parts of the state budget that would expedite conversions.

Cuomo’s bill would offer a five-year reprieve for property owners in Manhattan business districts to override zoning laws, and adapt Class B and C offices and hotels with fewer than 150 rooms for residential use. However, Queens Sen. Mike Gianaris preferred empowering the state to purchase distressed offices and hotels from the private sector to do conversions, possibly with federal COVID-19 aid. Housing nonprofits would then operate the properties.

“Any successful conversions program will require close collaboration between the public and private sectors,” Jim Whelan, president of the Real Estate Board of New York, said in a statement. “The proposed legislation seeking to exclude the private sector from any conversions program will not be economically feasible and will prevent the state and city from working together to generate much-needed housing and affordable housing.”

But a zoning change may not be enough to juice the market. Developers want city and state leaders to add incentives, such as a property tax abatement, for creating below-market units to offset the costs to purchase and rehabilitate a dilapidated space.

“The math needs to work. The majority of owners in these buildings are in them on a basis that would not allow them to spend the money needed to make this work,” Brett Siegel, vice chairman and co-head of the New York capital markets investment sales division at Newmark. “Until the government is ready to do that, it becomes very difficult without an incentive.”

Breaking Ground, which manages 4,000 units of housing, is currently renovating the former Jehovah’s Witnesses tower at 90 Sands Street into 491 below-market rate units. Roughly 60 percent of the Dumbo, Brooklyn, building will be for former homeless families and individuals, and the rest will be reserved for low- to moderate-income tenants.

The supportive housing nonprofit hasn’t been able to open a new building in Manhattan for 20 years because the price was too high. Now that the hospitality industry has cratered, organizations that work with homeless populations are looking to expand to meet a glaring need.

“We’re on the streets of Manhattan 24/7, every day of the year, working with homeless people, and now we have a once-in-a-lifetime opportunity to move clients from the Midtown area, who have been homeless for quite a period of time, into housing,” Breaking Ground CEO Brenda Rosen said. “If there are more opportunities like the one we’re looking at now, we would be thrilled.”

Seniors could also benefit from a tanking commercial market. Fairstead, a real estate company specializing in affordable and workforce housing, secured financing in October 2020 to turn the former Park 79 Hotel into 78 below-market units for residents above the age of 60.

The Upper West Side building would have been out of reach for most middle-income seniors if it were a market-rate complex, but Fairstead plans to charge between $300 and $700 per month.

“This was a unique opportunity to build and create unique affordable housing, and allow people to stay where they grew up and age in place,” Will Blodgett, a Fairstead founding partner, said. “I would love to do this across boroughs and as many high-opportunity areas as possible.”