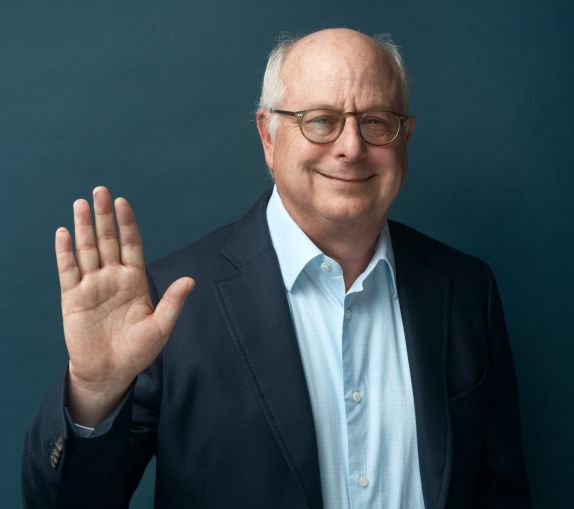 “Content is king.” Or so we’ve been told. But, if that’s true, it begs the question: Who’s the king of content?

Surely, companies like Netflix, Disney or HBO come to mind, as they fight the famed “streaming wars” by pumping out material at a fever pitch while amassing record numbers of subscribers. However, the success of those name-brand producers depends on available studios and soundstages, which translates into unrelenting demand for such space — even during a global pandemic.

That’s where Michael Hackman comes in — the man holding the keys to approximately 71 soundstages, with 35 more under development, making his firm, Hackman Capital Partners (HCP), the world’s largest independent owner of production space. And that’s just the start.

“We’ve been building this business since 2014,” Hackman told Commercial Observer. “Now, we believe we’re best in class at everything we do.”

Indeed, in well under a decade, Hackman’s firm has assembled an industry-leading portfolio of content creation space, making him arguably the biggest Hollywood mogul of the 21st century.

First entering the scene with the acquisition of Culver Studios, Hackman started collecting soundstages and production space in a range of blockbuster deals with its exclusive joint venture partner Square Mile Capital Management (Square Mile): from the iconic CBS Television City studio facility for $750 million to the Manhattan Beach Studios (MBS) for $650 million. For HCP, the latter deal was especially juicy since it included a services platform, expanding its reach to include production facility know-how.

That was enough to establish Hackman as a leader of a new era in Hollywood, in an industry historically run by names like Warner Bros. or Viacom. Then, last year, he took his show on the road, and the firm reached a new level. HCP and Square Mile added an unprecedented amount of studio and recording space while expanding to other markets, including the East Coast, New Orleans, and London — all during a global pandemic. And back home in L.A., HCP continued to flourish as the JV increased its market share: first taking management control of Raleigh Studios in Hollywood, and then acquiring Sony Animation Studios in Culver City a couple weeks later.

Still, Hackman’s growth is far from finished, not by a long shot. HCP is multiplying that success at an unprecedented pace.

“We want to double our base here over the next couple years or sooner,” Hackman said. “We’ll continue to build the business on both sides from an ownership standpoint — as a landlord and our studio tenant service — and focus on major markets: Los Angeles, New York, London, Vancouver and Toronto. We’ll continue buying and developing high-quality soundstages and production facilities.”

That plan to double up is well underway. HCP filed plans last month for a $1.25 billion redevelopment of Television City, one of the most iconic production facilities in the nation. That includes generating more than 1.13 million square feet of studio, office, and support space at the massive historic site in Los Angeles’ Fairfax District.

Jeff Pion, vice chairman at CBRE, likened Hackman to hockey legend Wayne Gretzky for his storied ability to “skate to where the puck is going, not where it has been.”

“I think Michael Hackman has a similar ability to look at the real estate market and figure out what the trends are in the future and where are things going,” Pion said.

Ahead of the pack

Hackman founded HCP in 1986 and scored early successes in the industrial sector with projects spanning four continents. But, about 15 years ago, he made a dramatic turn upon learning of the demand for new office development and the lack of available space to build.

Hackman started shedding assets across the country to instead focus on Southern California. The firm pioneered modern office conversions in L.A., as the region transformed from the top movie-production hub in the world into the content creation and streaming capital of the world.

“[Hackman] was quite early in the studio production sector, and he’s obviously taken that to a much greater level,” Pion said.

The historic run on production space started in 2014, when HCP acquired Culver Studios — a historic Culver City property once owned by the legendary Cecil B. DeMille, and where productions like “Gone With the Wind” and “Citizen Kane” were filmed — and undertook a massive expansion for Amazon Studios. In 2018, HCP and Square Mile grabbed the spotlight by acquiring Television City on Fairfax Avenue.

But Hackman said the firm separated itself from the pack after acquiring the studio-operating company The MBS Group. It was HCP’s first exclusive service agreement to manage all of their ancillary businesses. Market analysts describe it as “the category killer.”

“We wound up doubling our revenue pretty quickly,” Hackman said. “That’s how we perfected our knowledge of the business. […] That allowed us to offer all of the skills and services necessary to acquire, manage, renovate, and develop studios in a first-class manner.”

The MBS Group — now with more than 600 employees — services more than 300 soundstages and more than 400 productions per year.

“You don’t buy these properties with just a real estate mentality.” Hackman added.

In an era when demand for content continues to climb, Hackman became a juggernaut, and established a new stronghold, providing in-demand production space for tenants like Apple and Amazon.

Most investors and tenants rushed to the sidelines, but Square Mile and HCP — which has a notable penchant for keeping things low-key — punched the gas pedal. After all, with movie theaters shuttered amid the pandemic, millions of families turned to streaming and consumption surged 74 percent in the U.S. in 2020, according to CBRE.

In terms of competition in the studio capital of the world: there’s HCP and Hudson Pacific Properties at the top, and then there’s everyone else.

The scene-stealer last year was the mega-$1.65 billion Hollywood studio deal between Hudson Pacific and Blackstone Group. It was the largest-ever studio transaction in L.A. County, and analysts and experts told CO in 2020 that it helped bring the content creation game to the forefront of investors’ minds around the country. New York-based Blackstone’s investment helped boost the industry, which was previously considered a Hollywood niche — to new prominence among national players.

But, while Hollywood buzzed over Hudson and Blackstone, Hackman was also expanding its existing footprint at an incredible clip — both in L.A., and in new markets. Pion said there are a lot of other private investors that have been more interested in investing in entertainment, but that “Hudson and Hackman have taken that to an entirely new level.”

Last June, HCP expanded to Square Mile’s turf on the East Coast, and the two acquired Silvercup Studios — a major independent studio in New York — where shows like “Succession,” “The Sopranos” and “30 Rock” were made. Shortly after, the joint venture acquired Second Line Stages in New Orleans, and then secured entitlements to build Eastbrook Studios, which will be the largest TV and film production facility in London once complete.

When the new year came, L.A. was under a new stay-at-home order due to another surge in coronavirus cases. But Hackman continued to flex its muscle, and blew the doors open for 2021.

In January, CO broke the news that HCP entered a new venture to take management control of the fully leased Raleigh Studios — the oldest, continuously operating, film and television production facility in the country. Raleigh Studios in the heart of Hollywood has hosted generational talent, from Charlie Chaplin to Madonna. The deal also included a 50,000-square-foot studio in the San Fernando Valley.

“As far as we’re concerned, there was no one else that had developed the kind of operating platform that Hackman has,” Mark Rosenthal, CEO of Raleigh Enterprises told CO after the deal closed. “To partner with Michael and the platform he has built is the opportunity of a lifetime.”

Less than a week later, HCP announced that it acquired Sony Pictures Animation Campus with Square Mile in its hometown of Culver City. The Sony campus — which is home to shows like HBO’s Issa Rae-starring comedy “Insecure” — is across the street from The Culver Studios.

Hackman told CO that the company has shifted into a new gear over the past 12 months, amid fortuitous timing for the broader industry.

“There is a tremendous desire for new content, and we’re blessed to be in the number one market in the world for content creation,” Hackman said. “The problem we face is that we need more soundstages. In L.A., there is definitely a supply-demand imbalance. A lot of people are trying to enter the field.”

Demand for production space is outpacing supply so much that development firms have had to build out in areas around L.A. as well, outside of the urban core, converting warehouses to soundstages. And after major unions agreed that filming could resume in February, FilmLA — the permitting office for the region — reported a 43 percent increase in permits for filming in Los Angeles compared to January.

Landlords and studio executives in media hubs like Hollywood, Culver City and Burbank are expecting 2021’s recovery to bring their occupancy rates back to pre-COVID numbers, when space was so scarce that they were forced to stretch production schedules to evenings and weekends. And, with some 200,000 workers employed by media and entertainment firms last year, the return of production in Hollywood will be a major catalyst to the region’s rebound.

The pause in filming exacerbated the already suffocated production bottleneck. But as L.A. gains more control over the coronavirus, filming is expected to surge, as studio heads reported some of the strongest rent collections during the height of the pandemic and say rental rates continue to climb significantly due to the backlog of demand.

“Hackman Capital’s portfolio is equally situated to weather the pandemic and continue to be successful, whereas there’s questions now [in other sectors],” Pion said.