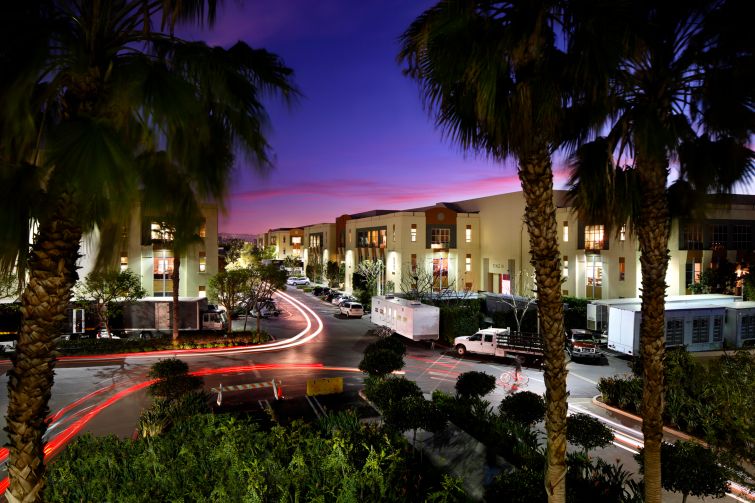 The Carlyle Group is selling its MBS Group portfolio, consisting of a sprawling film and TV studio and a production services platform, to Hackman Capital Partners for $650 million, according to a release from Carlyle.

The sale consists of the MBS Media Campus (MBS stands for Manhattan Beach Studios), a 22-acre, 587,000-square-foot facility in Manhattan Beach where shows such as “CSI: Miami,” “The Practice,” “Jane the Virgin” and James Cameron‘s sequel to “Avatar” were shot. But the deal also includes the sale of MBS’s service platform, which brings production facility know-how to 259 sound stages in 35 different studios in North America and the United Kingdom.

According to the release, Hackman is joint-venturing with Square Mile Capital Management on the deal. No broker names were announced. Square Mile could not be reached by press time.

This is not Square Mile and Hackman’s first rodeo together; they purchased the 780,000-square-foot CBS Television City in December of last year, as Commercial Observer reported at the time.

With these two studios under their belt, as well as their 2014 purchase of The Culver Studios, this solidifies Hackman’s role as one of the preeminent studio owners in the world.

“The MBS Group has become the premier platform for content producers around the world and we are thrilled to add MBS Media Campus to our growing portfolio of studio and media assets,” Michael Hackman, CEO of Hackman Capital Partners, said in the release. “As competition for content continues to increase, we see tremendous opportunities to grow this real estate platform globally with MBS’s experienced and first-rate management team.”

According to Hackman Senior Vice President Tyler Friedman the purchase of MBS “Makes all the sense in the world from where our trajectory is on the real estate side. … We’re long term studio owners, and we put a lot of love and affection in these properties. Having an operating company … is a perfect marriage.”

Friedman told CO that the privately-owned L.A.-based firm is currently on the lookout for investment opportunities in New York, Vancouver and Toronto.

The sale represents an incredible coup for Carlyle; the global investment behemoth with some $223 billion of assets under management purchased MBS from Oaktree Capital Management in 2007 for $150 million at the time, according to The Los Angeles Times. In 2013 they started the production services platform.

“We are proud of MBS’s evolution over the past 12 years, having built from scratch the services business and expanded the platform both organically and inorganically to create a network of top studios globally,” Edward Samek, managing director of Carlyle, said in a prepared statement. “MBS is well positioned for continued growth, and we are confident they have a bright future ahead.”