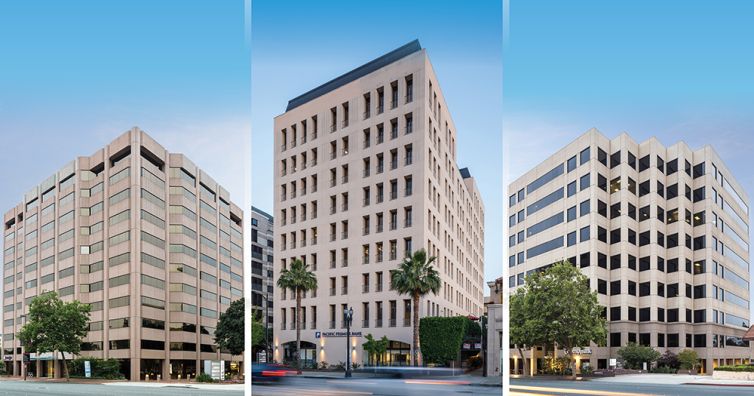 Nuveen Real Estate, a real estate debt and equity arm of parent company TIAA, has provided $160 million to facilitate Swift Real Estate Partners’ $193 million acquisition of a three-building office portfolio located in Pasadena, Calif., according to information from JLL, which arranged the sale and financing.

The three-year, floating-rate loan covered Swift’s purchase of the portfolio, which is a combined 516,890 square feet, from a global investment manager, the identity of which could not immediately be gleaned.

The deal is the first to be executed via San Francisco-based Swift’s $500 million “Fund III,” which boasts over $1.3 billion in buying power, according to JLL; having nearly reached its targeted fund raise in October, Swift’s most recent funding vehicle is aimed at value-add investments in Northern and Southern California and the Pacific Northwest.

A JLL team led Michael Leggett, Andrew Harper and Matt McRoskey represented the seller in facilitating the sale, and a team led by Paul Brindley, Todd Sugimoto, Jeff Sause and Steven Paskover arranged the debt financing on behalf of Swift.

The portfolio is currently 68 percent occupied, according to JLL, which it said provides an opportunity for Swift to “to enhance each building’s image and reputation in the market through a significant capital improvement program in order to provide a best in class work environment to its tenants and appeal to new tenants coming into the dynamic Pasadena market.”