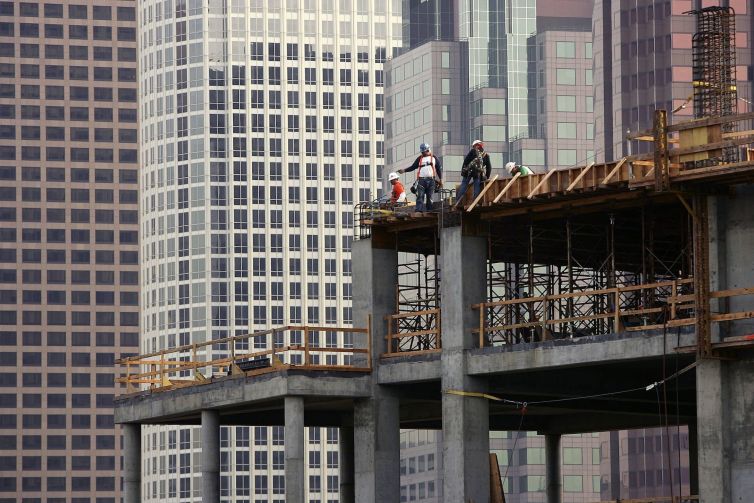 L.A. also currently has a larger office pipeline than Manhattan, with 6.9 million square feet of office space set to come online this year. Total construction volume is anticipated to surpass $45 billion in 2021.

For L.A. and Orange counties, the list of the highest-valued projects include Angel Stadium of Anaheim at $3 billion; the $1 billion North Hollywood transit hub; and Lendlease’s $600 million project at 3401 South La Cienega Boulevard.

“Residential is still leading the market due to pent-up demand and low mortgage rates,” he said in a statement. “Healthcare has also continued its steady growth … Materials have seen a noticeable uptick in pricing: in the period between this report and our previous one, many of the materials running at negative growth in pricing over the last 12 months have started to move into the positive.”

Nationwide, commercial real estate loans in the residential markets saw a continued plateau nationally at the end of the year, with $4.7 billion in real estate loans from all commercial banks. Loans associated with construction and development continued to see increases totaling a rise of almost 15 percent year-over-year, indicating market confidence and that projects will slowly come back online.