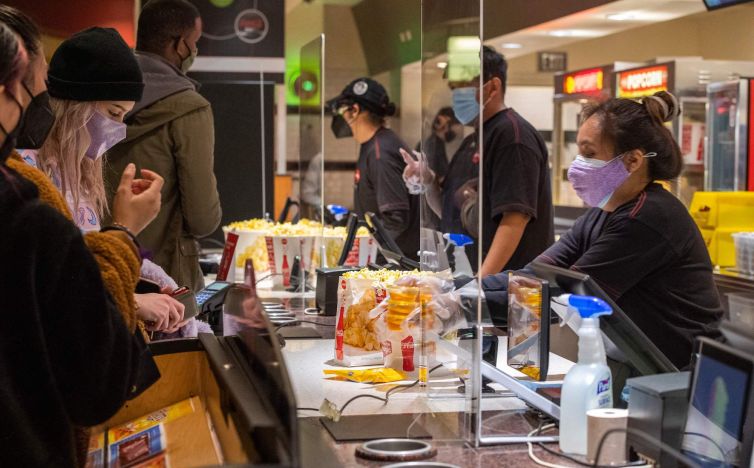 California’s employment growth continued in March, though marginally, as most of the state was in the most restrictive tier of reopening. But, in Los Angeles, job growth was almost unmeasurable.

California state’s unemployment rate fell 0.2 percentage points, from 8.5 percent in February to 8.3 percent in March, according to numbers released by the state’s Employment Development Department (EDD). The figures, which equated to 119,600 new jobs, remains elevated compared with the 4.5 percent unemployment rate recorded in March 2020. (Unemployment hit its peak the following month, at 16 percent, in April 2020.)

The survey taken the week of March 12 showed L.A. County’s unemployment rate was 10.9 percent — the same as February — although approximately 1,800 jobs were added.

San Francisco County’s unemployment rate was 5.7 percent; Orange County was 6.8 percent; and the Inland Empire region was about 8 percent.

Leisure and hospitality added about 42,400 jobs in California in March, which was the state’s largest month-over increase, thanks to the reopening of full-service restaurants. However, the sector is still down 576,600 jobs compared to March 2020.

All but one of California’s 11 designated industry sectors gained jobs last month. Financial activities lost about 600 jobs, which the EDD attributed to declines in finance and insurance, as well as activities related to real estate.

In February, 156,100 jobs were added statewide, marking two straight months of improvement over the 155,400 jobs lost in December 2020 and January 2021 combined. The state economy has now regained almost 44 percent of the more than 2.7 million total non-farm jobs lost in March and April 2020 due to the COVID-19 pandemic, according to the EDD.