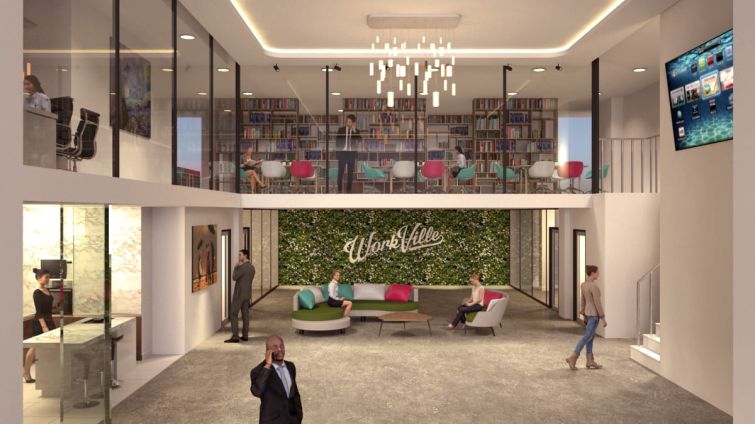 Isaac Chetrit will turn over his entire 315 West 35th Street building to the coworking brand he founded with Jacob Aini and DJ Dashti.

Workville will take over the 60,000-square-foot Midtown building between Eighth and Ninth avenues for its second location, the company announced.

While Workville’s previous outpost at 1412 Broadway targeted smaller companies, the 315 West 35th space aims to target larger firms looking for hybrid or satellite offices, as much of the real estate world gears up for a surge in demand for flexible leases.

“We were already seeing demand for full-floor flex office space pre-pandemic, but demand has accelerated in recent months,” Sue Bernstock, president of Workville, said in a statement. “Flex workspace options will be more important than ever when teams reunite, so we’re excited to add a larger flex workspace option to the Workville offering.”

Workville’s location in the 14-story building, which is owned by Isaac and Eli Chetrit and Aini, offers spaces from 1,100 square feet to 5,000 square feet that can hold between 10 to 50 workers each, according to the company.

While the flexible workplace market faced trouble during the pandemic — with Breather closing up shop, Knotel filing for bankruptcy and WeWork losing $3.2 billion last year — many expect demand to grow as more workers trickle back to the office. And Chetrit joins a growing number of landlords or brokerages going all-in on their own coworking brands.

Tishman Speyer rolled out its coworking brand, Studio, to two more Manhattan buildings in July; CBRE bought a 35 percent stake in Industrious to merge its own brand, Hana, with it; and Newmark is set to acquire Knotel in a bankruptcy auction.

Plus, despite its huge losses, WeWork was able to cut its cash burn and agreed last week to merge with a special purpose acquisition company (SPAC) and go public at a $9 billion valuation, a significant improvement from its $2.9 billion valuation last year. As part of that deal, WeWork will get a $1.3 billion infusion of cash, including investments from Starwood Capital Group and BlackRock.