Biden’s Stimulus Package: What’s In It for Real Estate?

On Tuesday, the House approved a third coronavirus relief package, providing $1.9 trillion to address the health crisis posed by COVID-19 and stimulate the economy. President Joseph Biden signed the legislation, which passed both houses without a single Republican vote, into law on Thursday afternoon, earlier than expected.

SEE ALSO: Multifamily Sales Have Biggest Year Since ’15, Not So Much For Rent-Stabilized Assets

Several measures within the bill should provide some relief to landlords, including $40 billion allocated to rental and mortgage assistance, and close to $30 billion earmarked for restaurants affected by COVID. In addition, direct aid to households will likely trickle down to landlords, as families will use their stimulus checks or unemployment benefits to pay necessities like rent.

“Anytime you’re putting money in people’s pockets, you think of what their biggest expenses are, it’s housing and food,” said Daniel Ridloff, a managing director at residential developer Slate Property Group. “The more money people have to cover their rent, the better it is for landlords overall.”

In addition, a faster recovery from the health crisis, and the injection of billions of dollars into households and cities, could put the economy back on track sooner, thereby giving a boost to the real estate sector as businesses reopen at full capacity, travel resumes and cities return to their pre-COVID occupancy.

“I think the bill comes at the right time,” said Shimon Shkury, founder and president of Ariel Property Advisors, adding it will help landlords make it through the next several quarters, until there’s a critical mass of people returning to work and travel. “If you look at the stimulus bill coming in today and the money starting to eventually trickle down to landlords, I think the timing is very good.”

The majority of the aid will go directly to households, with a total of $910 billion allocated to individuals and families, according to an analysis by Moody’s. That includes giving out $1,400 stimulus checks — totaling $410 billion dollars — increased unemployment benefits through September 2021, and expanded tax credits for lower-income households.

“The $25 billion of direct rental assistance will trickle down from the federal government to the state, and the state will have to administer that, and that will eventually get to landlords,” said Shkury.

For businesses, the package includes $59 billion in relief, including $7 billion for the continuation of the Payroll Protection Program (PPP), and close to $30 billion for restaurants affected by COVID. The aid for eateries will come in the form of grants capped at $10 million for restaurant groups and $5 million for individual venues. To ensure the funds reach those that may need it most, more than $5 billion is allocated to smaller spots making less than $500,000 a year, and, for the first three weeks, places owned by women, veterans and disadvantaged groups will be prioritized, according to Eater New York.

The amount earmarked for restaurants will certainly help landlords of mixed-use properties, who have, in some cases, allowed their tenants to stay without paying any rent, or at a heavily discounted rate, said David Baruch, also of Ariel Property Advisors.

“Those are some big numbers,” said Leo Leyva, co-chair of the litigation and real estate departments at Cole Schotz, but it’s too soon to say how it will get doled out and on what timeline.

One would hope that that money would trickle into the hands of property owners that need to find ways to become current with their lenders,” Leyva added. “Up to now, banks have been amenable to working out [and] restructuring, but that’s going to come to an end.”

The bill is the first of the three stimulus packages to include direct aid to state and local governments, totaling  $360 billion, according to The Wall Street Journal. Of the $195 billion allocated to states, $10 billion is allocated to infrastructure projects, a preview of the Biden administration’s wider infrastructure plan.

New York State will receive $23.5 billion in funding, behind California and Texas, a number based on the number of unemployed people at the end of 2020, according to an analysis from USA Today.

In addition, other government services will receive an influx of funds directly, including $176 billion for schools, $105 billion for health care, and $56 billion in grants for transportation systems. The transportation component will be especially important for New York City, which will receive roughly $6.5 billion in federal aid for the Metropolitan Transit Authority, as well as the regional transportation systems, which have been facing catastrophic budget shortfalls. That’s on top of the $8 billion in funding already awarded to the region by the two previous stimulus bills, and other measures. The funds helped stave off a wage freeze, unemployment, and drastic service cuts.

Another $123 billion will go towards dealing with the COVID-19 pandemic, including testing and tracing programs, the vaccine rollout and disaster relief funds.

The bill does not include an increase to the minimum wage, which had been under discussion. It also doesn’t address the federal eviction moratorium, which is in place until March 31, or student debt relief.

Still, it’s important to note that the bill also does not include any aid to landlords directly, even though they’ve been one the most affected groups, said Shkury.

“They were placed between a rock and a hard place,” because they could not evict their tenants, but had to keep paying their lenders and real estate taxes, Shkury said. “And there was no real federal or state response.” 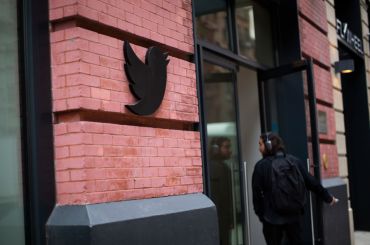 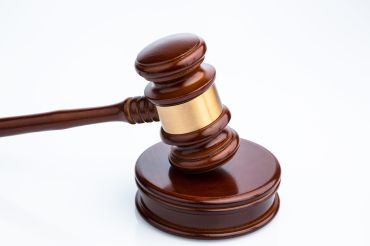 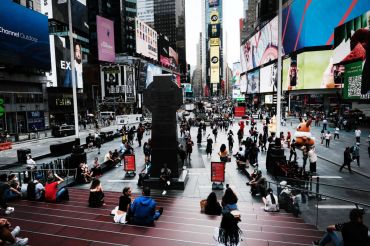