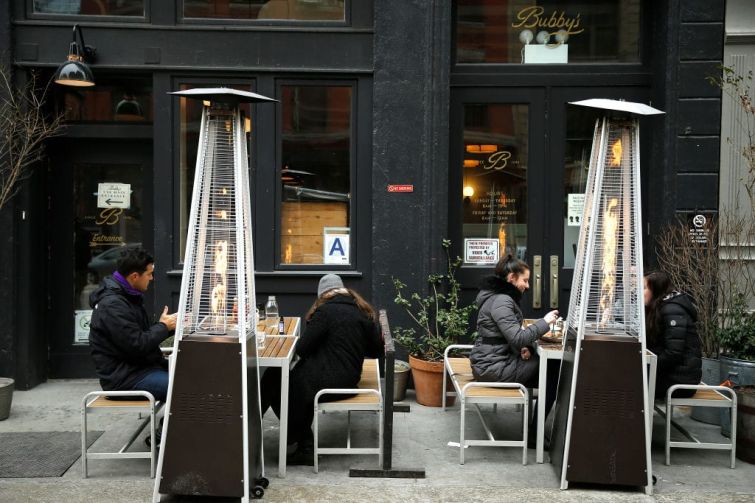 The trade organization found that 92 percent of the more than 400 restaurants it surveyed couldn’t pay full rent in December, the first time the metric went above 90 percent since the alliance started the report in the summer.

December’s numbers were an increase from the 88 percent who said they were unable to foot their full rent in the last survey released in October, and the number has steadily increased from the 70 percent who couldn’t when the group first released the survey in June.

In December, participants in the survey told the group that 40 percent of their landlords reduced rent during COVID-19, 36 percent were offered deferrals, and only 14 percent have been able to renegotiate leases.

The state of New York banned indoor dining in March to curb the spread of COVID-19 and forced eateries to switch to takeout- or delivery-only models. More than 200,000 workers were laid off because of the closures, and many restaurants are not expected to reopen.

Restaurants were allowed to offer outdoor dining in the summer and indoor dining returned at a 25 percent capacity on Sept. 30. However, the state shut indoor dining a second time on Dec. 14 after the city saw a surge of positive coronavirus cases post-Thanksgiving.

Gov. Andrew Cuomo brought back indoor dining again on Feb. 12, days before the busy Valentine’s Day holiday, at a 25 percent capacity and extended the dining curfew to 11 p.m.

“We’re nearly a year into the public health and economic crisis that has decimated New York City’s restaurants, bars, and nightlife venues,” Andrew Rigie, executive director of the NYC Hospitality Alliance, said in a statement. “While the reopening of highly regulated indoor dining is welcome news, we need to safely increase occupancy to 50 percent as soon as possible, and we urgently need robust and comprehensive financial relief from the federal government.”