Demand for studio space is high, but pitfalls remain for raising the sector to new heights 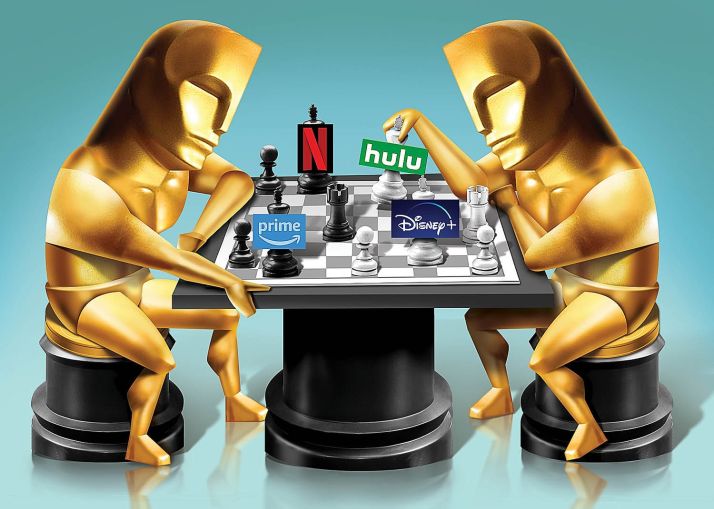 Despite a recent boom in demand for streaming services during the COVID-19 pandemic, heavy financial costs associated with studio properties are holding back real estate investment trusts from moving the sector onto a bigger stage.

Momentum for film production was brought sharply into focus in late January, when Apple announced it signed a lease for 90,000 square feet of recently built space at Astoria Studios in Queens, two years after Netflix unveiled plans for six soundstages in Brooklyn.

Hackman Capital Partners also acquired the Sony Pictures Animation Campus in Los Angeles in January, on the heels of its acquisition of Hollywood’s Raleigh Studios.

Only one U.S. real estate investment trust (REIT), however, has exposure to the studio market: Los Angeles-based Hudson Pacific Properties.

Jonathan Needell, president and chief investment officer at Kairos Investment Management Company (KIMC), said a possible stumbling block to more REITs focusing on film production is that most studios lack commercial output policy insurance, unless they are in larger markets like Los Angeles or New York. He also noted that production investments often have speculative characteristics, if not operated by a studio giant like Apple, because of constant expenses required for facility improvements, which make long-term leases less desirable.

“This is about highly specialized improvements that can be a good investment depending on the credit,” Needell said. “You are taking some speculative credit risk on the improvements for someone who is not an Apple or a big enough tenant to stand behind the long-term lease.”

Studio spaces can also pose logistical challenges with higher tenant improvement costs compared to other properties like offices or industrial buildings, due to necessary equipment and wall adjustments. This dynamic can often lead to REIT apprehension toward investing in companies that aren’t major players in the film industry.

Ari Rastegar, CEO of Rastegar Property Company, said major studio players with financial resources, like Amazon, Hulu, Apple, Disney and Netflix, will be more likely to gain outside backing for real estate developments, although, in many cases, these same companies want to have direct ownership of their properties.

He said that while independent production companies face headwinds in attracting capital for future projects, there might be investment opportunities for smaller film shops that target their businesses around low-budget shoots for entrepreneurs looking to market their companies.

“It’s going to be either the very, very low end, or the very, very high end,” Rastegar said. “There is growth potential there in smaller spaces, warehouses, and even office buildings that are being repurposed.”

After struggling in 2020, due to shutdowns in film shooting during the height of the pandemic, Hollywood has seen positive trends in early 2021, with permits for filming in Los Angeles up 43 percent in February compared to January, according to FilmLA, the nonprofit permitting office for the L.A. region. The area’s filming activity, however, remained around 40 percent below typical February levels.

Todd Kellenberger, a real estate investment trust client portfolio manager at Principal Global Investors, said that while Hudson Pacific Properties is the only REIT with exposure to that L.A. market, he sees potential for more growth in this type of specialty sector. In addition to more people logging on to streaming services, studio properties are a hot commodity because of the high capacity required for film shoots, coupled with constraints to new development in markets like Los Angeles.

“The demand for that space from these new entrants into the market, such as Netflix and so forth, has been meaningfully elevated for a couple years,” Kellenberger said. “That has really put space at a premium, which has increased, materially, the value of those types of properties, especially since it is difficult to add more space to that market.”

Blackstone Property Partners last summer acquired a 49 percent interest in Hudson Pacific’s production and media portfolio in Hollywood, which comprises three studios and five adjacent, Class A office properties totaling some 2.2 million square feet. The gross value of the portfolio was $1.65 billion. Kellenberger said the successful pricing of this deal highlighted the value of the film production market. Hudson Pacific, too, has since been performing better in the market than the average REIT with heavy exposure to office properties, he added.

Part of that is because film production demands that people work on-site, in contrast to traditional office properties that are in limbo due to changing work-from-home habits. That can make film production space a more attractive real estate asset class, even if it might be a while before more REITs join Hudson Pacific with major exposure, Kellenberger said. He noted that investor interest is gaining on other industries where in-office work is required, such as life sciences and medical properties.

“Given the lack of size of [the studio market], it may be difficult from a REIT perspective to build a REIT in that market, given there may not be enough there for them to tap into,” Kellenberger said.

Still, there is that potential.

“Investors are going to want to continue to put money to work in very specialty and more niche areas,” Kellenberger said, “and are likely going to be hesitant to invest in these areas that are seeing some structural decline, like office, given work-from-home trends.”