He discusses rollout of his new REIT, increasing demand for relocating to Sun Belt markets and how suburbia will shape real estate developments in a post-COVID world 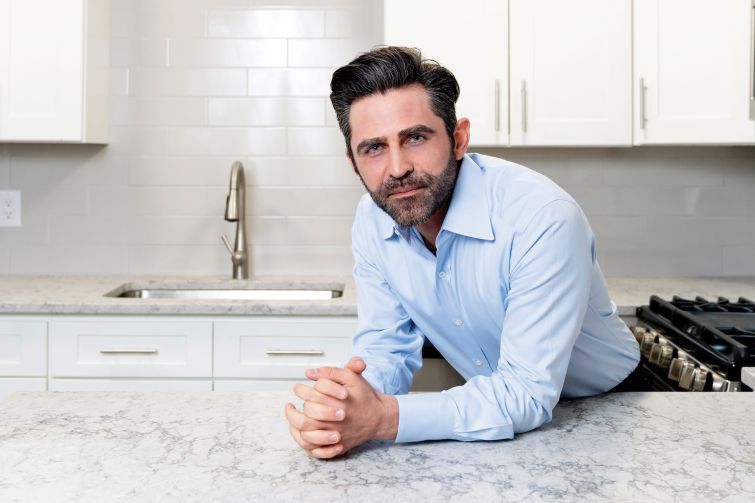 Ari Rastegar kick-started his commercial real estate career in 2006 by taking a small loan from the father of a college friend, while he was a law student at St. Mary’s University in San Antonio, to invest in a single-family development in nearby Spring Branch.

The new Rastegar Opportunity REIT — focused on multifamily assets like garden-style apartment complexes within Class A markets — was formed six years after Rastegar first formed Rastegar Property Company in 2015. The Austin-based firm has focused on asset classes it considers to be recession-resilient, such as multifamily housing, self-storage and discount retail.

Rastegar is staying aggressive on his investment path in 2021, with plans to roll out new suburban housing and office developments that incorporate updated designs reflecting safety features for a COVID-19 world.

The drive toward establishing a successful real estate firm is rooted deep within Rastegar, thanks to his father and grandfather, who both emigrated to the U.S. from Iran in the late 1970s. Rastegar’s grandfather, who managed to escape the 1978 Iranian Revolution while his son was already in the U.S. after attending the University of Texas at Austin, constantly preached the importance of making a mark in the business world.

“I come from a long generation of extremely, extremely educated people,” said Rastegar, noting how his father’s side of the family is composed of doctors, lawyers and engineers. “My grandfather wanted me to put my name on the door and wanted me to be a businessman.”

Rastegar spoke to Commercial Observer during the second week of February about the rollout of his new REIT during the COVID-19 pandemic, increasing demand for relocating to Sun Belt markets from large coastal cities, and how suburbia will shape many real estate developments in a post-COVID world.

Commercial Observer: When did your firm form the idea for the Rastegar Opportunity REIT and what was the impetus behind it?

Ari Rastegar: I saw a little bit of a niche where I noticed private equity wouldn’t buy smaller, older apartment complexes. If you look at the cost of their capital and the amount of money that they’re likely to put in typical REITs or funds — $10 million, $20 million, $50 million, whatever the number is — I saw a niche to get outside the [internal rate of return] by buying smaller, under-120 units, 30- to 40-year-old product, but in Class A locations.

I started eventuating the strategy about three years ago and COVID accelerated it. As people started to exit the urban core, we found opportunity that was even bigger because of the success that we’ve had on our multifamily properties. We’d seen it work, and so, we wanted to touch that thesis in the Sun Belt, and ride the trend of the migration from the East and West coasts into technology-centered cities like Nashville or Raleigh, Tampa-St. Petersburg, Austin, Dallas, San Antonio, Phoenix — all the cities that we know that are growing, that are great technology centers and favorable governments for this type of growth. Austin was our test case, which is my hometown.

We saw — through understanding human capital resources, in addition to data analytics that we drew — that there is about $45 billion dollars’ worth of this product that has never been touched by private equity within the Sun Belt alone.

How has the pandemic impacted the rollout of the REIT?

There has been a lot of blocking and tackling, mostly on the administrative side, because it is a little harder to meet with people, as you can imagine — a lot of Zoom meetings and harder to travel.

It has taken a little longer to get the whole process rolling, but we have an amazing team that works extremely hard, from our counsel in DLA Piper to Darryl Steinhouse, who I believe is probably the best fund formation real estate attorney in America and has been our counsel for many years. He handles the REIT. We also have an unbelievable broker-dealer out of Irvine, Calif., and we have been able to put together a bunch of fantastic people to really go out there and participate in this because they share a common vision.

What is the attractiveness of garden-style apartments versus other multifamily assets?

The attractiveness is the price. Individuals aged 18 to 29 right now, 54 percent of them are living at home. It is an astronomical number. So, as the vaccines roll out and we near the end of this pandemic — God willing, it will be soon — there will be a huge shadow demand for people to get out of the house and go out and live somewhere.

The proximity of these properties are outside of the urban core and there are safety mechanisms there, since these are two-story and three-story walk-ups, so there are no elevators, there are no gyms. Most of them don’t even have swimming pools, so there is inherent social distancing where people feel very, very safe in this open-air environment, not to mention from a value standpoint, you can have an interior Class A amenity for a fraction of the price of new construction.

Why did you decide to focus in on the Sun Belt region?

It’s all about the jobs and population growth. We are following where companies are going. That is where jobs will be created. We’re looking for stable economies that are growing with younger demographics and the types of cities that have it are in fair weather climates. These cities have been growing before COVID and, at the same time, COVID just accelerated that growth.

We watched Hewlett-Packard go to Houston, we watched Oracle move their headquarters to Austin, Tesla building the largest Gigafactory in the world in Austin, all the Fortune 500 companies that are in Dallas. Now, Samsung is considering bringing a $17 billion manufacturing plant to Austin, which is just unbelievable.

It’s cities that have job creation, and are great for [corporations], and are just fun … with great music, great entertainment. If you come to Austin, we have more parks than any top 10 city in the United States, and Nashville is vibrant and full of energy. It’s a great standard of living at a lower cost.

What are your future plans for investing in suburban communities?

We have a huge, huge project, where we are building single-family homes. A lot of those single-family homes are for rent, because we want to rent them or [tenants] want to rent to own, and we are offering that amenity. That is the second tier. The first tier is the vintage apartments 5 to 7 minutes from downtown. The next tier is 15 miles from downtown, where you can commute in, if you want to have a bigger house, a yard, a neighborhood.

How would you describe the demand for suburban living in early 2021?

The demand is just ridiculous. In California, you are watching massive, massive amounts of people leave the state in droves, literally. Well-over a million people left, even before COVID, and yet, home prices in Orange County and around Beverly Hills and the Hollywood Hills continue to grow massively. So, there is still a huge demand for single-family homes outside the urban core, even in states like California.

What trends are you seeing in suburbia and how will it affect the commercial real estate space?

Suburbia in this post-COVID world is really going to be the future for the next several years, as we overcome the mental trauma of what COVID has caused people. The vaccines will start to get people back into the urban core slowly, but my belief is that the vast majority of people are still going to want a certain level of inherent social distancing, which suburbia offers. We are seeing a lot of office developments, retail spaces and a lot of other things pop up in the suburban corridors, and housing prices in those areas are really starting to surge.

What other investments are you planning at Rastegar Property Company beyond the REIT?

The REIT is focused exclusively around vintage multifamily apartments under 120 doors outside the urban core, but Rastegar, as a firm, this year is breaking ground on a condo development outside the urban core and partnering with one of the largest pension funds in the world to build about 140 condos. [Note: Rastegar declined to comment on the pension fund’s identity, other than saying it was one of the largest pension funds in California.] We are building 525,000 square feet of industrial right next to Tesla’s new Gigafactory in Austin, in addition to a post-COVID office building off East Eighth and I-35.

How might COVID-19 impact design changes in the near and long term?

It is going to impact design for the foreseeable future, if not, forever. In our office building on East Eighth, we have advanced HEPA air filters that capture viruses and bacteria that protect wellness. We have installed staircases on the outside of the building. It is two stories and the windows actually open in the office building, which is totally unique. And, based upon our research — and we don’t know this for certain — but we believe we will be the first post-COVID office building ever built and [to break] ground on in the state of Texas, if not, the United States.