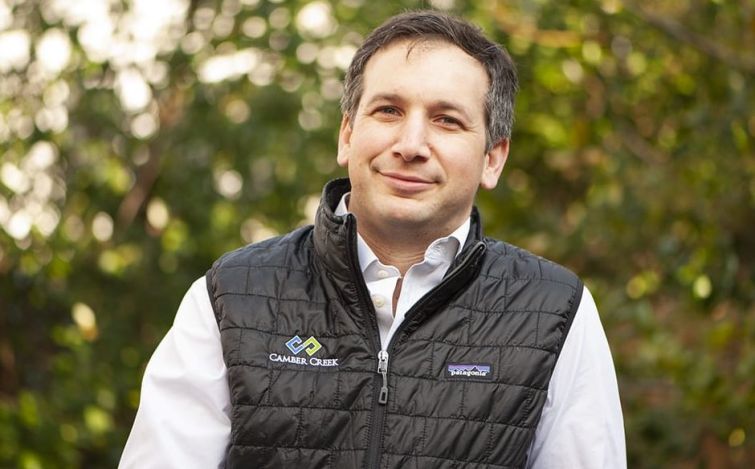 Like with so much else during the pandemic — warehouse leasing, e-commerce’s influence, the rise and fall and rise of coworking, changes in office design — COVID has accelerated trends that were already underway in property technology.

Before the pandemic, proptech was riding development booms in major markets and a rethink in corporate governance that hinged around mitigating real estate’s effects on climate change. Those twin trends spurred venture capital interest in the niche.

VC investment in proptech, in fact, reached a record high of $31.6 billion in 2019, with $18.96 billion going to commercial real estate tech companies, according to Ashkán Zandieh, head of strategic innovation and emerging technologies at tech accelerator NAR REACH. It would decline during the pandemic year of 2020, to a still hefty $23.75 billion, with more than half going to commercial real estate tech.

Jake Fingert is in the thick of that nexus where proptech companies meet their underwriters. A general partner at venture capital firm Camber Creek, Fingert serves on the boards and in advisory roles for proptech companies, among them, ones that Camber Creek invests in, including Measurabl, a software platform for environmental, social and corporate governance.

In a previous life, Fingert was a senior policy adviser to President Barack Obama, with a particular focus on infrastructure financing. He was also a senior adviser to the General Services Administration, the de facto manager of the federal government’s real estate. Before that, it was Harvard Business School and a stint at Boston Consulting Group.

The D.C. area-based Fingert talked to Commercial Observer in February about how proptech might capitalize, in particular, on the Biden administration’s push to combat the effects of climate change. He also talked about what works and doesn’t work for owners in terms of the technology — and how a lot of the sector is predicated on some return to office normalcy post-COVID: “From our standpoint, that is something we’re very interested in.”

The interview has been edited for clarity and brevity.

Commercial Observer: The Biden administration wants to put the U.S. on “an irreversible path” to net-zero carbon emissions by 2050. That includes retrofitting millions of buildings and private homes in a few years, and then retrofitting even more after that. Can you talk broadly about how technology would further that?

Jake Fingert: One of the things the real estate industry is going to need to be thinking about, particularly on the commercial side, is how to measure, track, and report on the emissions and on their various sustainability efforts. The real estate industry will need to make sure that we’re actually doing what the Biden administration is calling for property owners and managers to do.

Historically, it’s been challenging for people in the industry, particularly if you own a large portfolio. You have, in some cases, different service providers for different buildings: in some cases, they’re different utility companies for tracking your energy usage; and, in some cases, there are U.S. real estate firms that own property internationally, which can add to the complexity as well.

That’s the area where technology can play a huge role: kind of helping the commercial real estate industry make sense of it all. And, once you start tracking things, you can come up with a real plan.

Some cities — New York is the most notable — they’re giving owners years to catch up to the regulations and comply. What are some ways that landlords can measure compliance? How does tech enter into that?

One of the things we’ve seen landlords in New York do is start to embrace technology companies like Measurabl. I’m on the board of that company. They allow people to measure, track, and report their energy emissions and usage; and then they can also help real estate owners and operators to figure out different ways to implement reduction strategies.

How does that work? Does it set goals?

There’s also a powerful analytics tool that includes direct plug-ins to every waste, water and utility company in the U.S. You can actually analyze your portfolio to identify correlation, identify trends in the data that may cause you to think a little differently about your strategies.

So it goes region to region, city to city. What do you think are the odds of a national building code or energy standard code? Wouldn’t that make things a lot easier?

I’m not an odds maker, so I’m not going to opine on the specifics or benefits; but I think there’s a real probability that there are some national standards put out.

Clearly, President Biden is taking climate very seriously. He appointed a climate czar, he made it a Cabinet-level position, he put out an executive order in the first couple of weeks about a number of climate initiatives, and there’s all this kind of writing on the wall that this is going to be an ongoing priority. I think there’s a real probability that there are standards that will come out as part of that effort.

This is kind of where the workings of D.C. and the politics come into play — it’s a very open question around how aggressive those standards are going to be. There are a lot of stakeholders involved in these kinds of negotiations. So, it might come down to a difficult decision about how aggressive they get with some standards.

From your viewpoint, what do building owners want to track the most?

On a more tactical level, it’s energy use and carbon emissions, percentage of energy that is solar, green; but, also, I think at a kind of higher level, there is a push around ESG [environmental, social and corporate governance] more broadly, which people define in different ways.

But it’s broader than just energy, right? It’s about sustainability, good governance, and I think that push comes from a variety of places. On the energy management piece, it’s about being more sustainable, but it’s also about saving money, being efficient in your portfolio; it’s about meeting standards, and having employees who feel you take it seriously.

When it comes to the broader ESG movement — and I think we are at a place in the real estate industry where we call it a movement — a lot of those broader efforts come from more than just an operational place. Some of that is financially driven. You have investors and potential investors who are saying more and more, ‘Yeah, we want people we invest in to care about this stuff.’

And I also think there’s a tenant component — and I would also say an employee component — where you have tenants in the building saying more and more, ‘We care about these things, we want to be in buildings that are LEED-certified, and we want to be proactively and improving our footprint.’

As far as the technology to further this, does it favor larger landlords because of the cost?

I do think there are types of technology that are better suited for larger landlords. Some of the efforts are more capital intensive, and maybe some of the larger landlords have more access to capital to be able to implement them.

I do think this is an area where the government can and should step in to support smaller landlords who want to do some of these efforts.

How much is predicated on the idea that people will go back to the workplace in the same number that they were pre-COVID?

Technology does and will play a critical role in that. And it ranges from technology that can help make the office, what I will categorize as, more comfortable to return to. So, it’s like cleaning technology companies that help you feel like you’re in a safe environment; technology sensors that can help limit the number of people in a space to make sure that you don’t feel crowded or claustrophobic.

I think just beyond the comfort of the environment, I think there’s also going to be a big push around technology that can help people provide more flexibility to their workforce. A lot of those flexible arrangements, we could envision leveraging technology to help facilitate.

Is there a particular age of a building, or age of a market, where this stuff works better? Does it have to be modern office space for it to work?

The short answer is no. Some of our technologies actually work better in older office space, especially around the energy management stuff.

If a building is operating in the 95th percentile, it probably doesn’t make as much sense to roll out a high-tech radiator. But if you have an older building that’s less efficient, some of these things can make a lot more sense.

What are other aspects of commercial real estate that technology has yet to address or to capitalize on?

But, if I’m building a building or running a building, and I say it costs me X and it’s just not working, if it’s not going to save money, the economics don’t favor adoption.

A lot of the people at this point who are adopting the technology are either coming at it from a perspective of, ‘This is where the market is going, and I want to get ahead of it, and it’s worth it, because if the market does shift, I’m ahead of the curve,’ or you’re seeing people do it because they see it as the right thing to do.

But you’re not seeing widespread adoption across the industry. Those are some areas, when it comes to ESG, you could see the market moving quickly if there were either taxes or standards, legislation, put forward that changed the economics, and made it compelling to go and pursue those things.

There’s a lot of high-tech, energy-saving technology and hardware that reduce energy usage. But one of the things we’re seeing dramatically across a lot of the promising young technologies is that they just don’t make sense from an economic standpoint, and that’s typically the biggest barrier to adoption.

Today, the economics have to be compelling; it can’t be just a little better than how you’re doing today. It has to be, from a technology standpoint, a lot better. And I think a lot of these solutions are a ways away.

Switching to infrastructure — how necessary is it for public-private partnership on a large project? What about the government just going it alone?

One of the things I think people often get wrong about public-private partnerships is where the funding comes from. The people using it are always going to have to pay for it. There is never a scenario where the private sector is just going to come in and pay for it.

I think where the public-private partnership can make a lot of sense is around projects where the private sector is better suited to budget and manage the project on a long-term basis. One of the things that happens oftentimes with public sector projects is that people kind of kick the can down the road around maintenance. So, over the long term, it can actually be a lot more expensive for the public sector to run some of these projects.

Similarly, in building some of these projects, the public sector will contract out different pieces, and there can be efficiencies gained by contracting it altogether.

A lot of data is out there to suggest that the private sector is just better suited to manage certain types of projects, and, if you look to other countries, we’ve seen that play out. In Australia, Canada, the U.K., and other parts of the world, public-private partnerships make up 5 percent or more of total infrastructure spend. In the U.S., it’s a tiny portion of that, with less than 1 percent of projects being done through public-private partnerships.