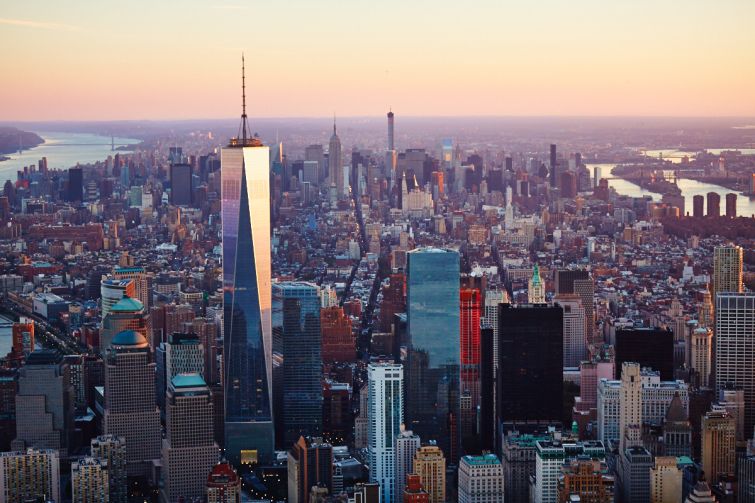 Silverstein Properties and Brookfield Properties, two of downtown’s biggest landlords, are considering partnering up on a proposal to develop one of the World Trade Center’s (WTC) last remaining vacant sites, according to sources familiar with the plan.

The firms are considering a joint bid to develop WTC Site 5, the sources said, though they declined to provide further details. The massive plot formerly housed the Deutsche Bank Building, which was heavily damaged in the September 11th terrorist attacks and ultimately torn down in 2007.

Several other major developers are also rumored to be submitting proposals for Site 5, including Durst Organization, Tishman Speyer, Vornado Realty Trust and Normandy Real Estate Partners, according to sources familiar with the process.

The Empire State Development Corporation (ESD) released a request for proposals (RFP) for the site in June and has set an upcoming September 20th deadline for bids.

Silverstein oversees much of the World Trade Center site via a master lease from the Port Authority of New York & New Jersey, which owns all of the WTC land except for Site 5. Silverstein has developed and owns 7 WTC, 3 WTC and 4 WTC. It also controls the yet-to-be-developed 2 WTC site, where plans for an anchor tenant have fallen through more than once. Brookfield, meanwhile, manages the sprawling commercial development and mall next door known as Brookfield Place.

Durst is also a major player at WTC because the company built and continues to manage 1 WTC jointly with the Port Authority.

The who’s who of the New York development world have about three weeks left to submit plans that align with the ESD’s vision for WTC 5.

A development that includes residential space will require a zoning change, the RFP said.

In order to build housing on the parcel, a developer would have to go through the state-led rezoning process, which includes amending the property’s general project plan (GPP) and undergoing an environmental review. Amending a GPP involves less public input than the city’s uniform land use review procedure (ULURP), a six-month public review that’s typically required for a zoning change in New York City.

The GPP process came under fire after the state announced its plans for Amazon’s ill-fated Long Island City campus last year, and local politicians argued the state was using the GPP for Amazon’s headquarters so it could avoid pushback from the City Council, which normally has the final say in the ULURP process.

The Lower Manhattan Development Corporation, a subsidiary of ESD, purchased Site 5 in the wake of Sept. 11 and then agreed to transfer it to the Port Authority after the two agencies agreed on a development plan. In exchange, the Port Authority gave LMDC a parcel where the Ronald O Perelman Arts Center is now under construction. Despite all the back and forth, LMDC still owns Site 5. Then LMDC reached a deal with the Port Authority to develop the site in May after years of wrangling over whether it should be rebuilt as commercial or residential space, Crain’s New York Business reported at the time.