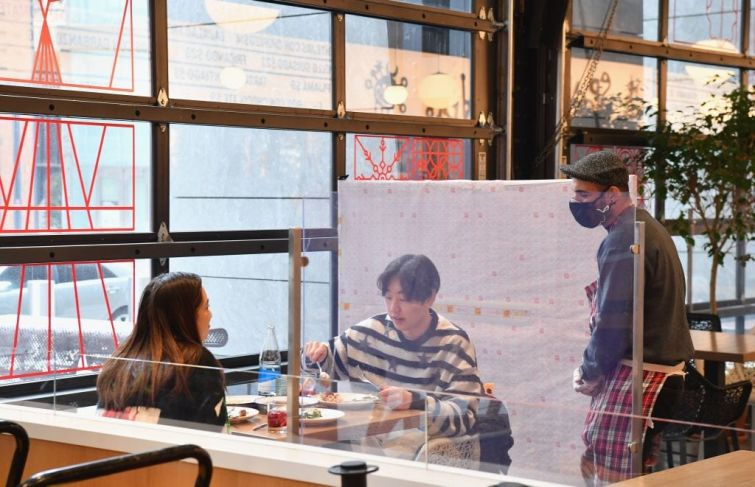 The governor upped restaurants’ capacity for indoor dining from 25 percent as the number of positive coronavirus cases in the city continues to decline, and to put New York City eateries more in line with New Jersey, which already allows a 35 percent capacity.

“What’s happening now is people in New York City — Staten Island, Manhattan — are going to New Jersey to those restaurants,” Cuomo said at a press conference. “So, [the reduced capacity is] not really accomplishing a purpose.

Restaurant owners around the city have been calling on the state to up the indoor dining capacity for weeks, with a group of 74 restaurateurs filing an emergency motion earlier this month to force the government to allow half-capacity, Eater New York reported.

Cuomo said during the press conference that he’s aware other spots nearby — like Long Island and Connecticut — already have indoor dining at half-capacity, but the state was “responding to the data” over its decision.

The state banned indoor dining in March and forced eateries to switch to takeout- or delivery-only models as the coronavirus pandemic ripped through the city.

Restaurants struggled to pay rent — with a survey finding 92 percent couldn’t foot their full bill in December — and more than 200,000 workers were laid off. Thousands of spots are expected to shutter.

The state allowed indoor dining to return at 25 percent capacity on Sept. 30, but shut it down a second time on Dec. 14 after the city saw another surge of positive infections.

Indoor dining came back again on Feb. 12, days before Valentine’s Day, as the number of cases dropped. The state also pushed restaurants’ curfew from 10 p.m. to 11 p.m.