IWG Throws Lifeline to Coworking Operator The Wing With Investment 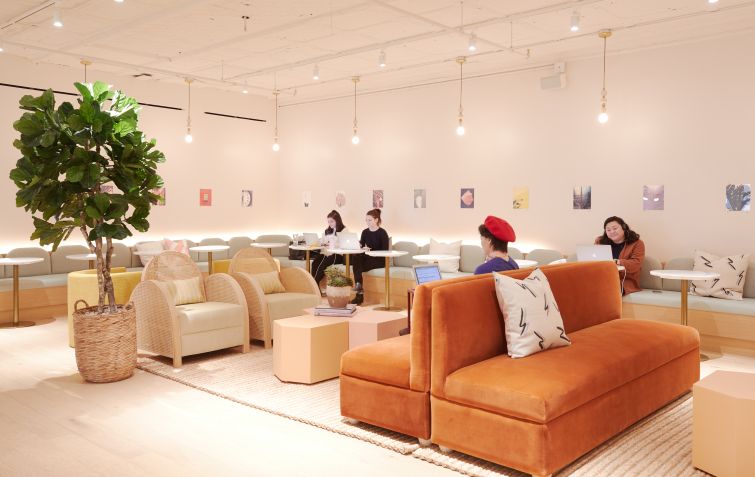 Fourth floor at The Wing at 52 Mercer Street. Photo: The Wing

Flexible workspace company IWG threw a lifeline to women’s coworking operator The Wing — which was reportedly close to filing for bankruptcy — with an investment in the company, The Wing confirmed.

IWG — which owns brands Regus and Spaces — provided The Wing with a new round of fundraising, so the firm can expand across the country and outside the United States, Crain’s New York first reported.

“We are thrilled to share that The Wing has partnered with IWG PLC, the world’s largest flexible workspace provider, paving the way for The Wing to pursue its substantial growth plans both in the U.S. and internationally,” a spokesperson for The Wing said in a statement to Commercial Observer. “We welcome IWG to our team to bring two organizations together with a shared commitment in creating communities and spaces designed for women.”

Representatives from The Wing and IWG declined to provide how much IWG invested in the firm.

The Wing was founded in 2016 by Audrey Gelman and Lauren Kassan as a private, women-focused workplace and social club in the Flatiron District. It pulled in more than $100 million in fundraising from companies, including Sequoia Capital, WeWork and Airbnb. It currently has 11 locations spread throughout New York, San Francisco, Chicago and London.

In November 2019, WeWork began quietly divesting from the company and sold its stake last year to a group of investors, which cut The Wing’s valuation from about $365 million to around $200 million, Bloomberg reported.

The coronavirus pandemic — which hampered the coworking industry — dealt another blow to The Wing, and it laid off the majority of its hourly workers and half of its corporate workforce in April. It let go of another 58 employees in July, as CO previously reported.

And, while the company projected a brand of inclusion and female empowerment, it came under fire over its staff’s working conditions — with some complaining of low pay, long hours and poor treatment — and its mistreatment of people of color, The New York Times reported.

In June, Gelman resigned from her post as CEO of The Wing and was replaced with an “Office of the CEO” that includes Kassan, senior vice president of marketing and communications Celestine Maddy (who joined Pinterest in November) and Senior Vice President of Operations Ashley Peterson.

The New York Post reported in October that The Wing’s financials were in extremely bad shape and the company was considering filing for bankruptcy.