The future openings include the second D.C.-based Mah-Ze-Dahr restaurant at National Landing 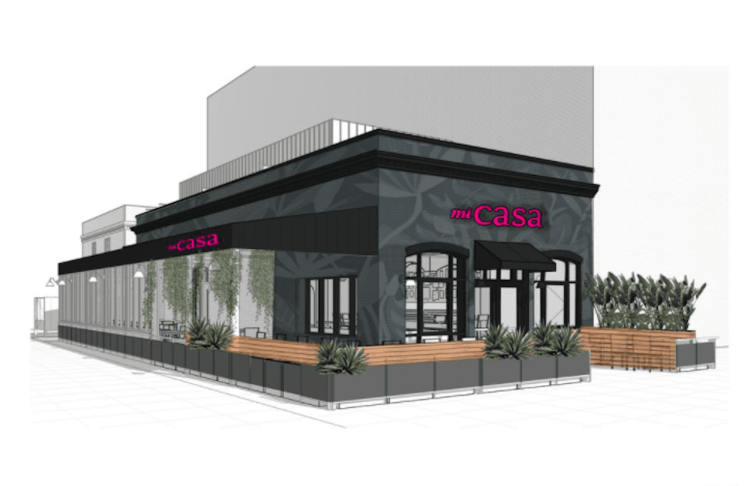 Despite the challenges that the COVID-19 pandemic unleashed on the hospitality industry, four new restaurants are slated to open this summer in Washington, D.C., via architecture and design firm //3877 and KNEAD Hospitality + Design.

The quartet of restaurants will join an existing suite of celebrated projects shared by the two D.C.-based firms, both known for their roles in helping to shape the city’s restaurant landscape with Succotash in Penn Quarter; The Grill and Mi Vida in The Wharf; and Mah-Ze-Dahr in Capitol Riverfront.

“Our personalities all go well together and that’s been a key element to our success together,” David Tracz, principal and co-founder of //3877, told Commercial Observer, explaining he melds well with KNEAD Hospitality + Design’s co-founders Jason Berry and Michael Reginbogin.

Berry and Reginbogin have deep experience in the industry; Berry was COO at Rosa Mexicano, which grew from four units to 19 locations, and Reginbogin managed TAO New York, a top restaurant in New York City.

Berry added that it’s been key that both companies are run by entrepreneurs who recognize the importance of collaboration.

“There’s no ego between our two groups; we’re all about getting things done and doing it right,” Berry said. “Early on in a relationship, you’re not sure how hard to push each other or the limits of the relationship, and as you get to know each other, you grow more comfortable and understand the boundaries. We’ve had a strong openness that has grown over time to have an honest conversation about a space.”

Not surprisingly, the pandemic has impacted the course of the new projects. One has been in wait-and-see mode since signing a lease last January and a second has been delayed since last April. The others are opening up in prime spaces that emptied out during the pandemic.

“We had walked by this location frequently and always thought it would be a great space for a restaurant,” Berry said. “At the time, it was one of those Cosi sandwich shops, and it closed in 2016. We had just opened our first location of Succotash and looked at what the lease was, and it was beyond what we thought it was worth at the time.”

Bareburger took its place but went out of business during COVID, and a friend of Berry’s bought the building with the idea of doing a restaurant with KNEAD Hospitality + Design.

The 3,000-square-foot Mah-Ze-Dahr’s National Landing outpost, located at 1550 Crystal Drive, will feature 80 seats and double as a commissary kitchen for the additional Mah-Ze-Dahr bakery locations — each of which is famous for its signature aesthetic.

“We opened a Mah-Ze-Dahr location by the ballpark [1201 Half Street SE] in September with landlord JBG, and they were developing the new Amazon campus in National Landing and had a location that was just perfect for us to do our first standing Mah-Ze-Dahr bakery,” Berry said.

Bistro Du Jour, a casual French bistro, will bring a Parisian neighborhood feel to the prime waterfront location at The Wharf when it opens at 51 District Square SW, former home of gelato shop Dolcezza.

“This is about 40 feet from one of our most successful restaurants — Mi Vida, and when this space became available, we talked our landlord into letting us open this little 1,700-square-foot French bistro, with a Mah-Ze-Dahr bakery built in,” Berry said. “It was the right place, right time.”

Both parties share an optimistic outlook for the future of Washington, D.C.’s culinary scene.

“As we plan — and eventually open — these anticipated restaurants, we create new opportunities and jobs,” Reginbogin said. “There’s a huge beacon of hope and sense of optimism for the future of the local restaurant landscape; we’re proud to be actively part of that, pushing the boundaries of what is expected.”

Berry added that he feels restaurants will come roaring back, as it’s where people socialize as a community, and without them, there’s nowhere to celebrate or break bread.

“We generally have no problem filling our restaurants, and there’s no indication that when everyone returns to normal life, and the world comes back, it won’t be the same,” he said. “I’m pretty confident that this year will not be as good as 2019, but I think 2022 will crush 2019.”