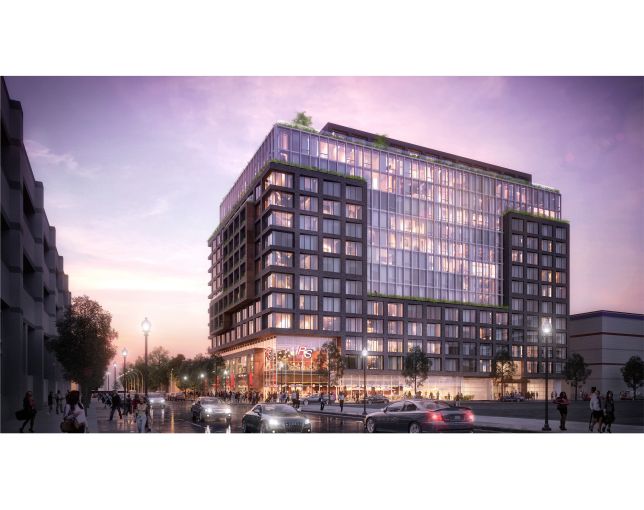 The Washington Business Journal reported that the two-story restaurant overlooking Nationals Park will offer coffee, signature sweets, donuts, cookies and savory breakfast items from Umber Ahmad, the owner of the Tom Colicchio-backed Mah-Ze-Dahr Bakery in Manhattan’s Greenwich Village neighborhood. Colicchio (who is also credited with discovering the chef) is not an investor in the D.C. outpost, according to a Knead spokeswoman.

The D.C. location, dubbed Mah-Ze-Dahr at The Commons, will take up an unspecified portion of the full restaurant, which will be located in JBG Smith’s West Half development.

“We are incredibly excited to partner with our close friend, and now business partner, Umber Ahmad, Jason Berry, Knead’s co-owner, said in an email to Commercial Observer. “Her success with Mah-Ze-Dahr in New York City is unique and delicious. Her bakery will be a hugely important element of The Commons and the experience the Knead Hospitality + Design team will bring to the evolving Capital Riverfront neighborhood!”

Berry said that Knead inked the deal with JBG Smith for a 10-year lease with two five-year options in April. He would not disclose the asking rent. Nic Papadopolous of Papadopolous Properties represented Knead in the deal.

“Umber Ahmad and the team at Mah-Ze-Dahr linked up with one of D.C.’s top restaurant groups, Knead Hospitality + Design. Together MZD and The Commons are going to be a home run at the ballpark,” Papadopolous told CO in an email.

A JBG Smith spokesman told CO that a representative was unavailable for comment.

Knead is also behind two Succotash restaurants, which offer a hybrid of Asian and Southern cuisines in Penn Quarter and National Harbor, as well as modern Mexican restaurant Mi Vida at The Wharf. The Commons is slated to open in late 2019 or early 2020, WBJ reported.