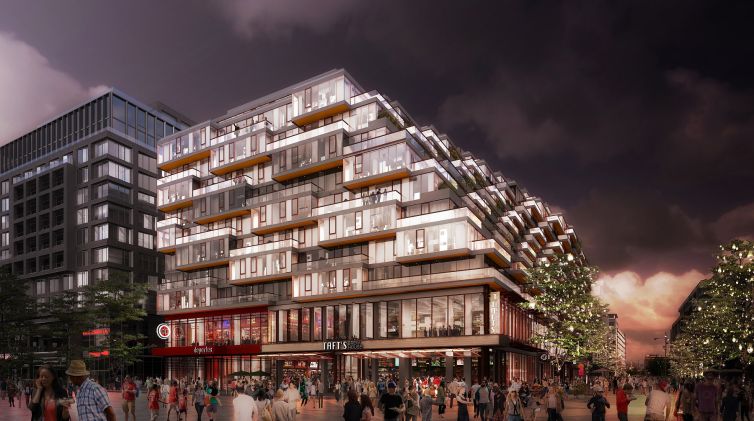 Amy Rice and Lauren Greco of JBG Smith handled the deals for the developer at the 13-story development at 1221 Half Street SE in Washington, D.C.’s Capitol Riverfront neighborhood. A JBG Smith spokeswoman would not disclose the terms of the deals or the asking rent.

Occupying 3,931 square feet, this will be Union Kitchen’s fourth location in D.C. offering an assortment of grocery items and locally made products. Compass Coffee will take up 2,458 square feet at the new location, which will be its 15th location in the D.C. region.

Both Union Kitchen and Compass Coffee signed 10-year leases, Steve Gaudio of District Equities, who represented the tenants in the deal, told Commercial Observer. Gaudio also represented craft brewery and taproom Atlas Brew Works, which signed a lease at West Half earlier this year. Gaudio said his clients were attracted to the Capitol Riverfront area for its “healthy mix of office, residential, hotel, proximity to metro and the exiting game day traffic from Nationals Stadium.”

Cold Stone Creamery, which has approximately 1,500 locations across the globe, will occupy 1,098 square feet at West Half. Pat O’Meara of Rappaport, who did not return Commercial Observer’s request for comment, represented the tenant in the deal.

As CO previously reported, the Gatsby, a concept from D.C.-based restaurant group Knead Hospitality + Design, will occupy nearly 9,000 square feet over two floors at the development, which when completed in summer 2019. The development will consist of 465 rental units and retailers across two lower levels.

“The dynamic mix of retailers we have signed at West Half… is designed to provide the district’s residents, workers and visitors with an exciting blend of entertainment, food and beverage, and amenity options, further creating a true entertainment district,” Rice said in a prepared statement. “We set out to create projects that are every bit as bold and vibrant as the Ballpark neighborhood, and the leasing momentum we’ve experienced is a validation of our efforts.”