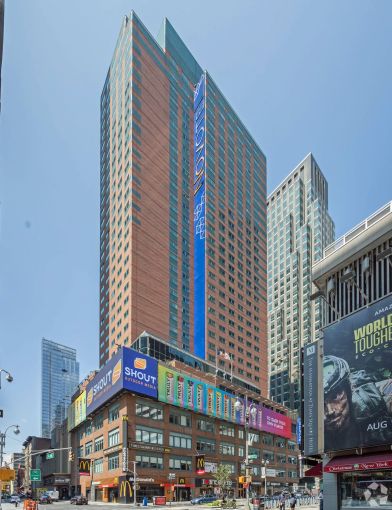 The Novotel New York Times Square hotel closed its doors permanently days before Christmas due to the coronavirus pandemic and laid off its entire staff, state records show.

The 480-room hotel at 226 West 52nd Street closed on Dec. 23, citing the “hotel owner’s decision to cancel the management contract” and cut its 225 employees, according to a state WARN Act notice made public on Wednesday.

A spokeswoman for Novotel’s manager, Accor did not respond to a request for comment. A spokeswoman for owner, Millennium & Copthorne Hotels, said in a statement late Wednesday night that it planned to later reopen the property as a hotel under its own M Social New York brand.

Paris-based hospitality giant Accor built the 35-story Novotel in 1984 and owned it until 2012, when it sold the spot to Apollo Global Management and Chartres Lodging Group for about $94 million, The Real Deal reported. As part of the deal, Accor stayed on as the manager and the new owners embarked on a $118 million renovation of the property.

Apollo and Chartres sold the hotel two years later to London-based Millennium & Copthorne Hotels for $273.6 million in an all-cash deal, with Accor remaining on as the manager, Commercial Observer previously reported.

As the coronavirus pandemic kept travelers confined to their homes, the Novotel first shuttered its doors on March 15 and furloughed 137 of its workers, according to the WARN Act filing. It later laid off eight employees in July.

The Novotel joins a growing number of hotels around Manhattan that have permanently shuttered due to COVID-19. In September, the 44-story Hilton Times Square closed, and the next month, the landmarked Roosevelt Hotel in Midtown did the same.

As of September 2020, the latest numbers available, 58 percent of Manhattan’s 129,000 hotel rooms were still closed with 2,700 expected never to reopen, according to a report from PricewaterhouseCoopers.

Hotel occupancy fell to 32.5 percent for the week ending on Dec. 26, its lowest level since early May, and a 33 percent drop from the same time in 2019, according to STR.

The city went through a hotel building boom in recent years — growing from about 97,500 rooms in 2015 to about 138,000 before COVID hit — leaving many concerned about what will become of the large, empty buildings once closed.

“They employ lots of people, and they are a big part of our economy,” Councilman Keith Powers, whose district includes hotel hot spot Midtown, previously told CO. “They’re a foothold to the middle class for many New Yorkers. They’re a sector we rely on.”

Update: This story has been updated with a statement from owner Millennium & Copthorne Hotels saying it will reopen the hotel under a new brand.