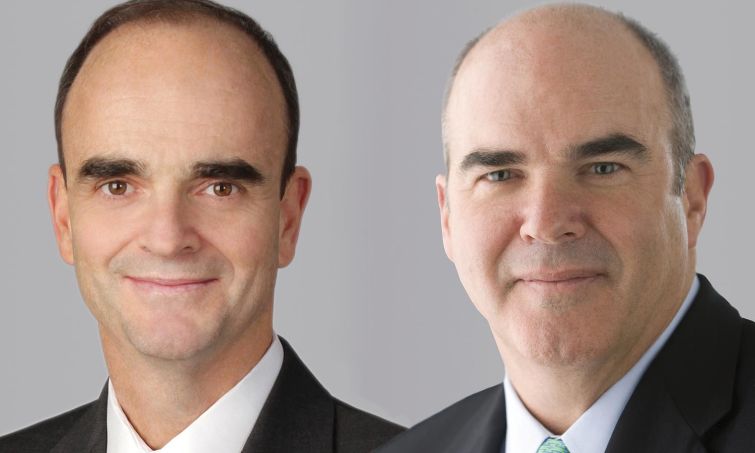 It’s been an active week for the nation’s capital, as President Biden takes his seat in the Oval Office and the U.S. enters a brand-new chapter.

The past 11 months have been a rollercoaster ride for assets in gateway markets, so how has D.C. fared thus far, and how is it positioned for recovery? CO caught up with the Collins brothers to find out.

Commercial Observer: We’re at an interesting time right now, with U.S. COVID deaths topping 400,000 but vaccine distribution also underway. How are your clients viewing real estate investment as we kick off 2021?

The two big camps that people were focused on [pre-COVID] were value-add product and core, long-term, leased assets. The value-add sector is where we see the biggest divide. For people who are buying value-add assets, their underwriting is based on what they see today, on the ground. Whereas, the seller is saying, “Well, this is just a blip in time, this [pandemic] won’t be here forever. So, your underwriting should be much more aggressive.”

As a result, there aren’t a lot of transactions being done in the value-add camp, although the amount of money for value-add is probably bigger than any other bucket of money. Where there has been some agreement [between buyers and sellers] is in the core area — so long-term, leased credit. You could make the case that pricing for core assets may be more aggressive than it was pre-COVID, and the reason is that interest rates came in quite a bit, and so, people are out there getting financing and able to get returns that are better than pre-COVID terms.

What are some of the trades you’re seeing taking place right now? Do they primarily involve safe-haven asset classes?

Paul Collins: The safe-haven deals and anything with credit tenants get financing and have been trading very well. On the flip side, the other complete end of the spectrum is the total empty building or piece of land; both have been fairly popular, and you get a little bit more agreement between buyer and seller on price, because there is no income in those deals.

It’s the “in-between” deals, which are, say, 60 to 80 percent leased, where you’re just not getting a lot of agreement on price, and lenders are starting to become more skeptical. So, a lot of our bread-and-butter business, that value-add space, is just not transacting as well.

Multifamily, as Bill said, has held up very well, especially in the suburbs. Life sciences, everybody’s talking about. And there’s certainly a lot of activity. We’ve been fortunate enough to put together a few of those deals this year, and I’d say pricing is actually better than pre-COVID.

We’ve been talking about the life science business since before the pandemic. Obviously, we came up with a vaccine, which is great, but the reality is our population is getting older every day. And so, the ability for these life science companies to exponentially increase the amount of cures or therapeutics for all kinds of diseases that focus on older populations is really creating an opportunity, not only in Boston, San Francisco, but here in D.C., where we’re right down the street from National Institutes of Health and the U.S. Department of Health & Human Services.

People are focused on the vaccine right now, but I think GDP is going to explode here by the second or third quarter, and there’s a great opportunity to be investing in real estate right now. That might help us or it might hurt us a little bit, too, in terms of the transaction business, because sellers may be more inclined to wait around as well.

What are you seeing in terms of the financing available for value-add purchases right now?

BC: Multifamily value-add out in the suburbs is white hot — it’s almost as hot as industrial. There’s financing available for that.

But, if you look at office, that’s where you have reluctance from some lenders to participate and you’ve also got reluctance from the seller to agree with the underwriting of the buyer. That may take some time to shake out. We’re seeing a lot of interest in repositioning office buildings for life sciences, so that value-add proposition is good, although it’s not as easily done as it is talked about.

Hospitality is also very interesting. A lot of people are looking at converting hotels over to multifamily, either to operate them as some sort of short-term micro-units or converting them fully over to your basic multifamily project.

When it comes to life sciences, is a conversion better than ground-up development?

BC: In the life science sector, the vacancy is basically zero here. But what you find is, the time that it takes for a tenant to show up, sign a lease, and then they have that facility built for them is just way too long. So, an existing property, if the bones are correct, already in place, could really short-circuit the development cycle to get a tenant in there much quicker. That’s why existing product makes some sense.

The other thing about existing buildings versus ground-up development is the credit on these biotechs. While there’s a few Pfizers out there, there’s a lot of companies you haven’t even heard of.

In terms of mainstream office, what are you hearing? Are your clients bullish on its rebound post-COVID?

PC: We’re trying to convince people that we’re largely going to get back to normal. Maybe people have to take more square footage per person, and that’ll make up the gap from people who are permanently working from home. But, in our business and similar businesses to ours, the ability to be in the office is just huge. You can’t cut your way to success, as Bill always says. Cutting costs and saving some money on your office space is not the recipe for growing your company.

Do you feel a shift in the level of optimism surrounding the market now that vaccines are available?

BC: The answer is definitely yes. As Paul said before, a lot of people are targeting the second half of ‘21, both as buyers and sellers. That’s across the board.

I think the other thing is, quite honestly, travel. There are very few times where people are purchasing major assets without visiting them. This is particularly true when you think about international global investors. It’s really been a hurdle. There have been some transactions that have been done, but, by and large, they’re on hold.

And, if you think about the weakening dollar, the U.S. looks very good from that standpoint. So, that second half of the year will be big for both domestic as well as international investment.

To the degree that you look at the hot categories — multifamily, industrial, life science, where you can find it — how much hotter can they get? But when Wall Street looks at a recovering economy, all of a sudden you have more ordinary-type transactions, so the value-add deals that we were talking about.

Retail follows the same pattern. If you’ve got a Trader Joe’s and PetSmart [in a retail asset], you know you’re OK, as that type of retail has maintained its value and it’s also very financeable. But if you’re talking about a strip center, and you’ve got a lot of mom-and-pop stores in there, that’s a very difficult situation to be in.

Have you closed any transactions with foreign investors during COVID?

BC: I’m going to cheat a little bit here, but the answer is yes. In one situation, an international partner was buying out the domestic partner. So, almost the opposite of what you would think would happen. But they already knew the property and didn’t actually, physically have to go there.

How do you think D.C. is poised to recover from the COVID crisis? It’s proved to be a pretty resilient market in the past.

PC: If you look at our history, in a recession or tough economic times, D.C. always outperforms.

We might slow down in terms of growth, but we’re not going to stop growing. In the last recession, it was the No. 1 office market in the country from 2010 to 2012.

As the economy does better, D.C. tapers off, but I think you’ll see that, in 2021, D.C. will be a very good performer. Overseas buyers like D.C. for varied reasons. They recognize that it is the capital of the United States, but also that our deals tend to be smaller. So, for $150 million, you can buy a nice, downtown office building, whereas, in New York City, you can’t. It’s a recognizable gateway city, but not the same size as a New York-, Chicago- or L.A.-type situation.

BC: It’s been pretty consistent. What we’ve seen is a lot of people reaching out, wanting to do [a broker’s opinion of value] on their assets, and trying to figure out what their plan is. A lot of it is about that timing. So, “Hey, you know, should we sell in the first quarter? Maybe we should wait, I feel like the second quarter is probably better because there’ll be more clarity.”

And, to the degree where maybe you wanted to sell, but you’re delaying, the alternative of financing has really bridged most potential issues. Financing has been phenomenal. And, again, with the exception of certain assets and certain profiles, most lenders are out there lending on good quality real estate.