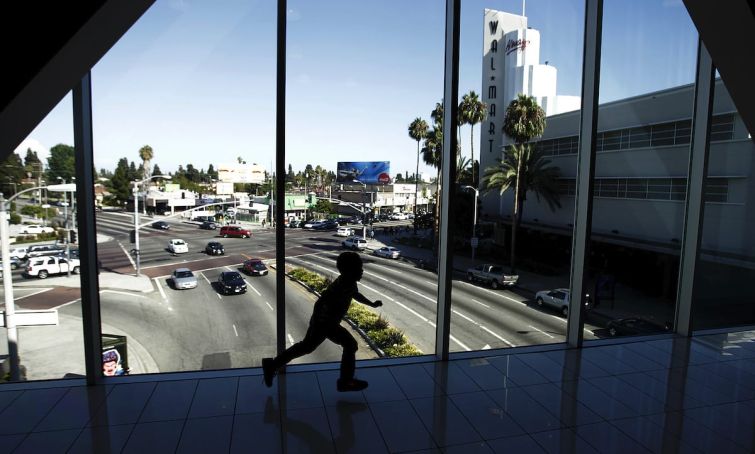 A child runs across a pedestrian bridge connecting separate parts of the Baldwin Hills Crenshaw Plaza shopping center in 2015. Another pending nine-figure deal for the landmark shopping mall has again been terminated this year due to community pressure. Photo: Luis Sinco/Los Angeles Times via Getty Images 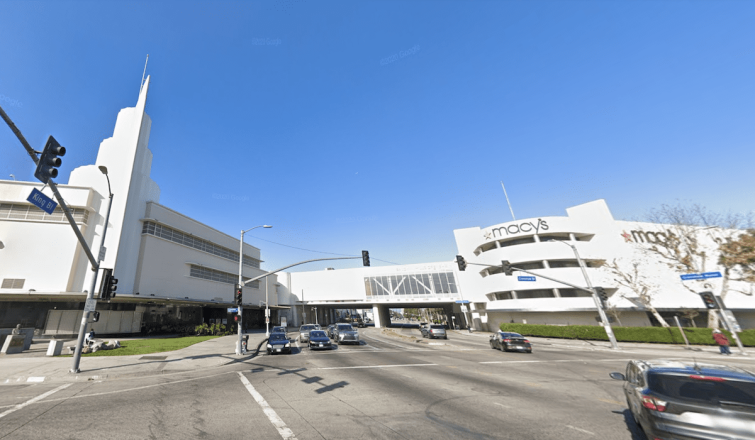 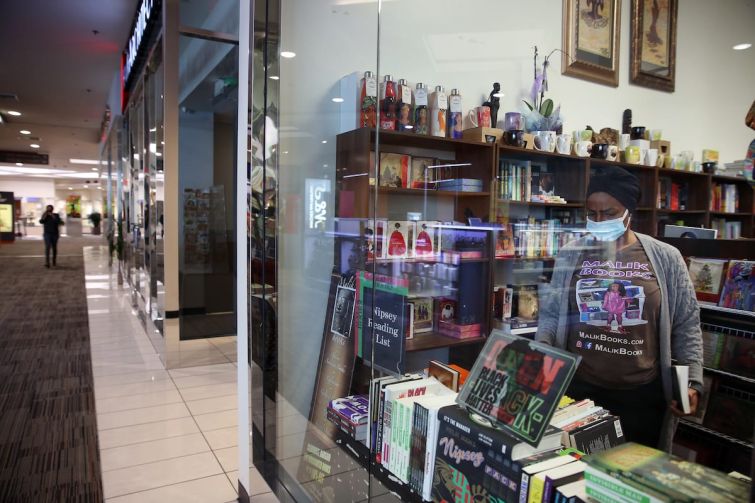 April Muhammad of Malik Books organizes the Nipsey Hussel reading list at the shop in Baldwin Hills Crenshaw Plaza on Dec. 8. The mall has been a community space for Black Angelenos for years. photo: Dania Maxwell / Los Angeles Times via Getty Images 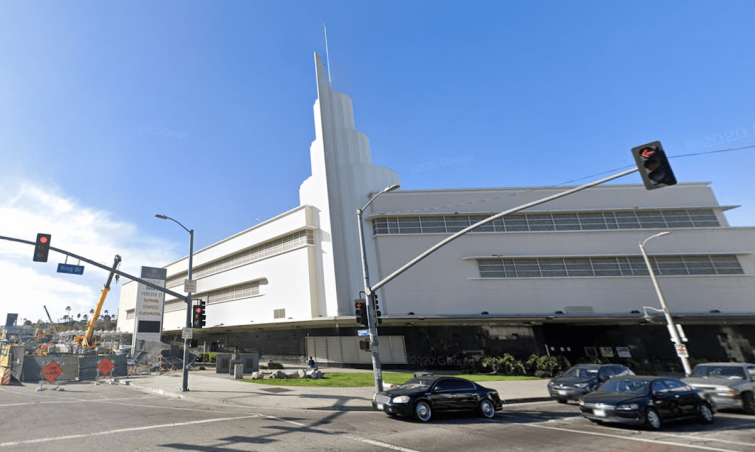 A pending nine-figure deal for a landmark shopping mall in South Los Angeles has again been terminated due to community pressure, because the outside buyers have reportedly done business with the Trump Organization and Kushner Companies in the past. The mall is an anchor in the community, and the sale has become a nexus of deep-seated gentrification issues.

LIVWRK and New York-based DFH Partners had agreed to purchase the Baldwin Hills Crenshaw Plaza for about $110 million a couple of months ago, according to The Wall Street Journal. Now, the firms have rescinded their offer and killed the agreement, according to a community group leading the movement to nix the deal.

It’s the second time a committed buyer has pulled back from an agreed deal in the past seven months. In June, CIM Group offered $130 million for the 869,000-square-foot mall and planned to convert the property into office use. But that deal was similarly marred due to CIM’s past deals with Kushner, which is controlled by the family of Jared Kushner, President Trump’s son-in-law and a senior adviser.

The effort to sell the property faces converging issues of race and class, and it’s playing out as a tug-of-war over local control of the mall.

CIM’s deal came when the country was at the height of what became the largest civil rights movement in a generation following the killing of George Floyd. Public demonstrations were dominating the summer headlines in L.A. and around the country; that movement emboldened the effort against the sale, and CIM pulled its offer.

According to Downtown Crenshaw, the group mobilizing against the sale to outside groups, the LIVWRK deal was the fourth attempt to sell the mall in two years.

Capri and LIVWRK did not immediately return requests for comment.

Baldwin Hills Crenshaw Plaza is located at 3650 West Martin Luther King Jr. Boulevard, surrounded by the larger Black communities of the city, and the mall and region have been a hub for Black-owned businesses. Opponents to the recent attempts to sell argue outside investors would bring in national chains and outside businesses, and displace local businesses.

Downtown Crenshaw was founded in May and led the campaign to reverse both pending sales this year. The group also launched an effort to make a $100 million bid to acquire the property, “place it under community control,” and redevelop it to help build local wealth. The group told Commercial Observer over the summer that they would expand on the mall’s potential and feature studio space, premier office space, affordable housing, a civic community center, and open park space. According to the group, their $100 million bid in August was rejected in favor of LIVWRK.

The group responded with press conferences and demonstrations at the Beverlywood home of LIVWRK CEO Asher Abehsera, and continued to campaign against the deal.