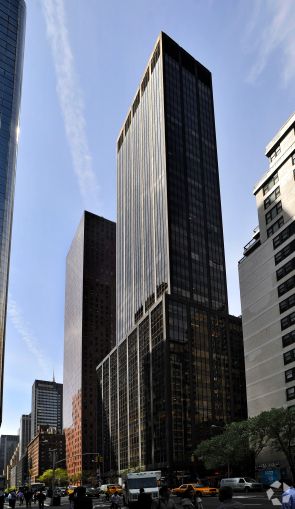 SL Green Realty Corp. will close the year with another more than 110,000 square feet of leases throughout its New York City portfolio, Commercial Observer has learned.

The majority of SL Green’s recently announced deals closed in the fourth quarter have been renewals and expansions, something Manhattan has seen more and more of, as the coronavirus pandemic caused uncertainty in the market and is expected to continue next year. This included corporate law firm Cohen & Gresser re-upping its 33,900-square-foot space at 800 Third Avenue for another 10 years, according to the landlord.

The law firm first moved into the 20th and 21st floors of the 41-story building between East 49th and East 50th streets in 2010, and expanded to take the entire 19th floor the next year, as CO previously reported. Asking rent was $70 per square foot on the latest deal.

Newmark’s Noel Flagg represented Cohen & Gresser in the deal, and SL Green handled it in-house. A spokesman for Newmark did not respond to a request for comment.

The law firm signed a 13-year lease for the entire 20th and 21st floor of the 34-story building at 885 Third Avenue, the landlord said. Reitler Kailas & Rosenblatt previously had a 21,071-square-foot office in the property, according to CoStar Group data. Asking rent was $80 per square foot, and the firm plans to move into its new space in July 2021, according to SL Green.

Newmark’s Andrew Sachs and John Cilmi worked on the deal for the tenant, while Brian Waterman and Scott Klau, also of Newmark, handled it for SL Green.

The largest new deal for SL Green in the fourth quarter was RSC Insurance Brokerage taking 24,515 square feet at 750 Third Avenue, according to SL Green. RSC signed a 16-year lease for the entire 15th floor of the 34-story building between East 46th and East 47th streets to move from 420 Lexington Avenue. Asking rent was $70 per square foot, and RSC plans to move into the building in June 2021.

Spokespeople for Avison Young and JLL did not respond to requests for comment.

The landlord also signed a two-year renewal with business advisory firm FTI Consulting for 17,781 square feet on the entire 25th and 26th floors at 750 Third, according to SL Green. SL Green handled the deal in-house and the asking rent was $70 per square foot.