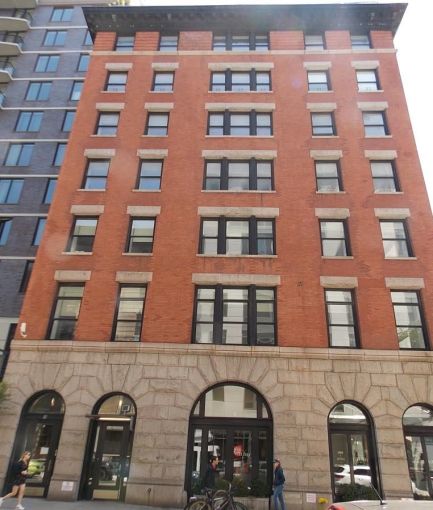 Citing its failure to pay rent since the summer, a landlord has sued flexible workspace provider Breather to boot it from a SoHo building. The move comes days after Breather announced plans to shutter all of its locations.

Pink Stone Capital filed a lawsuit against Breather in Manhattan Supreme Court on Monday claiming the company hasn’t paid rent for its two-floor space at 54 Thompson Street since July, according to the complaint.

After using up the security deposit in November, Breather still owed $79,000, the suit claims. Breather didn’t pay up and Pink Stone terminated the lease in December, asking Breather to leave on the first of the month, but the company has yet to give up the space.

“We were in negotiations a little over a month ago over payment of money, they ended now, and no one is calling us back,” Adam Leitman Bailey, an attorney representing Pink Stone, told Commercial Observer.

The landlord filed the suit hoping to get payment for the missed rent and to be able to eject Breather once the state’s moratorium on commercial eviction ends on Jan. 31, 2021, Leitman Bailey said.

Representatives from Breather did not immediately respond to a request for comment.

Breather inked a deal for 12,777 square feet on 54 Thompson’s entire fourth and fifth floors in 2019, as CO previously reported. Despite news that Breather is planning to close locations, Leitman Bailey said he doesn’t believe “they’re giving up this location so easily.”

“They put a lot of money into this location very recently,” he said. “It does not make any business sense to walk away from it.”

Breather, which was founded in 2012, started insolvency processes in the United States and Great Britain last week with plans to shutter all of its more than 400 locations around the world as it switches to an online-only platform, The Globe and Mail reported. The company also laid off the majority of its 120-person staff — leaving only a skeletal crew in its wake — with only two to six weeks of severance, sources previously told CO.

Bryan Murphy, CEO of Breather, told The Globe and Mail that he wants Breather’s new business model to be closer to Airbnb’s and that “Breather, in its current form as an operator, doesn’t make sense, and, to be frank, I’m not sure it ever made sense.”

Part of the problem, a former employee told CO, was that Breather, in many cases, overpaid for leasing space to remain competitive with WeWork and Knotel.

Breather’s suit for its SoHo outpost is the second one the company has been hit with in Manhattan this month. IGS Realty Co. sued Breather on Dec. 8 claiming the company owes nearly $91,000 in unpaid rent for its location at 336 West 37th Street in the Garment District.