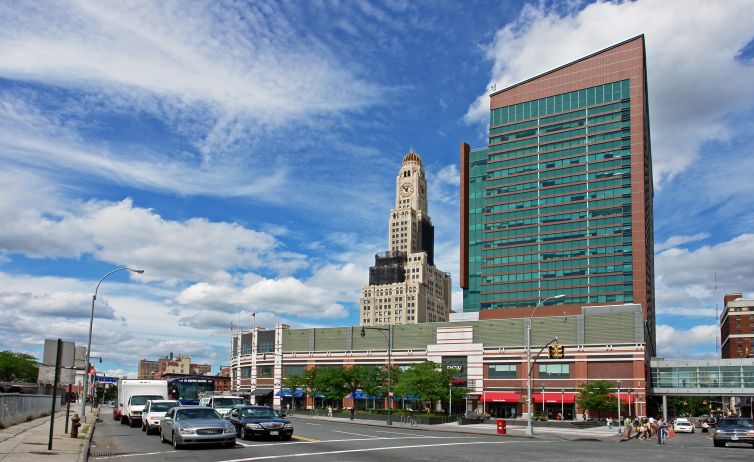 Most of what Kupperman will be managing springs from Madison International’s acquisition of a 12-asset portfolio the company acquired from Forest City Realty Trust in two deals in 2011 and 2018. The properties were located then in the five boroughs and Hudson County, N.J., and included Atlantic Center, Atlantic Terminal, Harlem Center and the Shops at Richmond Avenue. Madison unloaded the Shops at Richmond Avenue this year.

The portfolio was valued at $1 billion at the time of Madison International’s fall 2017 agreement to acquire the 51 percent of the collection that it did not own. The company closed on the deal in 2018, the same year that Brookfield Asset Management, incidentally, acquired Forest City. It was the biggest deal in Madison International’s 18-year history, and part of Kupperman’s brief will include developing a business plan for it, according to the firm.

“Ehud will continue to execute Madison’s strategy of ongoing value creation, re-tenanting, and enhancements to the curb appeal of these signature urban properties,” Ronald Dickerman, Madison International’s founder and president, said via email. “His skills, together with our embedded adjacent demand drivers such as Times Square, Atlantic Terminal and Barclays Center will continue to allow us, we believe, to re-write the retail narrative. We couldn’t be more excited by this continuing opportunity.”

Kupperman, who will also be a director at his new firm, was previously senior vice president for development for Urban Edge Partners, where his brief included retail properties, such as Yonkers Gateway Center, Hudson Mall and Gun Hill Commons. He’s also been a top executive at Cedar Realty Trust, Equity One, and Blumenfeld Development Group, where he spent a decade.

Kupperman arrives in his new role at an inauspicious time for brick-and-mortar retail. The coronavirus pandemic and the rise (and rise) of e-commerce have ravaged the sector, causing numerous retailers to go bankrupt and to close hundreds of their stores nationwide. It’s also created opportunities, though, for landlords in terms of shorter-term experiential shops and the repurposing of retail space into other uses, including as warehouse space for the likes of Amazon.