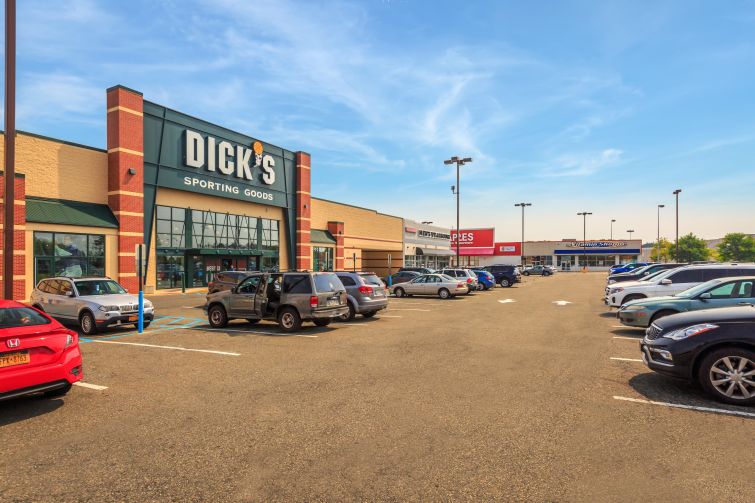 Infinity Real Estate has nabbed $20.5 million from Bridge Investment Group to fund its acquisition of the Shops at Richmond Avenue in Staten Island, N.Y., Commercial Observer has learned.

A Newmark Knight Frank team led by Dustin Stolly and Jordan Roeschlaub, along with Nick Scribani and Chris Kramer sourced and arranged the financing.

“[The property] is positioned at one of the most trafficked locations in all of Staten Island, with close proximity to major roadways connecting the whole New York Metro Area between New York City, Long Island and New Jersey. As a result of those major transportation links, a borough population of more than 450,000 residents, and the adjacent 1.25 million square foot Staten Island mall, we expect a healthy market and continued success for this property,” Roeschlaub said in a statement. “Investors have noticed and are very active in meeting strong demand, as evidenced by large-scale redevelopments in the area.”

Built in 1998 and located at 2505 Richmond Avenue in the Heartland Village area of Staten Island, the two-building property has 76,000 square feet of retail space and includes a lot with 290 surface parking spaces, according to CoStar data.

The property is anchored by a Dick’s Sporting Goods, which occupies over 59,000 square feet. There is also a Staples, a Men’s Wearhouse, a Vitamin Shoppe, a Starbucks and a Bank of America branch. Most of the tenants have been long-term staples at the property for more than two decades, a source said. Current rents at the location range from $33 to $41 per square foot, triple-net. The last assessment on the property last year lists the value of the property at nearly $21.4 million, per CoStar data.

The property was once included in a sizable retail portfolio deal, totaling around $510 million, between Forest City Realty Trust (prior to its acquisition by Brookfield) and Madison International Realty in 2017, according to CoStar data and a Forest City press release from September 2017. Madison acquired Forest City’s 51 percent interest in the $1 billion, 2.1-million-square-foot portfolio — which comprised 12 assets located throughout Manhattan, Brooklyn, Queens, the Bronx, Staten Island and Northern New Jersey — as CO previously reported.