It expects a shift in federal spending priorities to affect business, but how and how much isn’t exactly clear 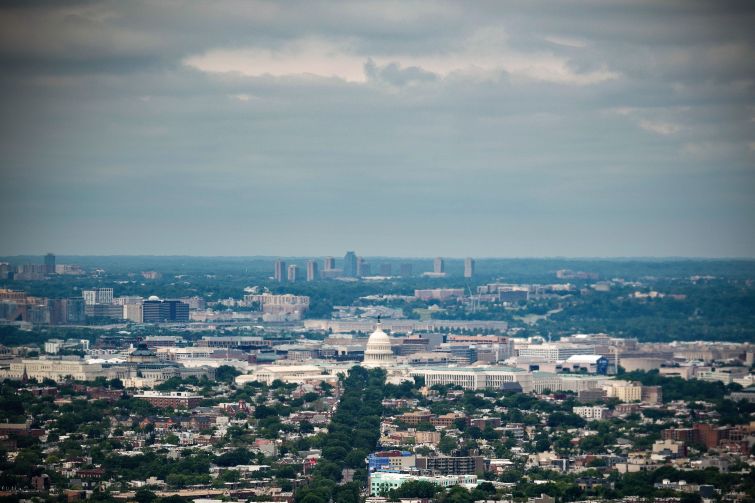 A recent report by CBRE detailed just how extensive those changes could be under a Biden’s presidency, especially if he’s able to get the $5.4 trillion in additional spending he’s looking for over the next decade. For example, expanded health insurance coverage will lead to demand for medical space closer to the consumer and spur the conversion of some retail space, while infrastructure and R&D spending should benefit office and industrial real estate demand.

Washington, D.C.’s commercial real estate market could feel the changes particularly acutely. It’s already feeling it in terms of a shift in mood.

Matthew Kelly, chief executive of JBG SMITH, one of the region’s most prominent developers, noted the commercial real estate market craves certainty and stability, which is exactly what is happening now.

“Not only do we know who the president will be, but the Biden administration is certain to govern in a more predictable and less chaotic manner,” Kelly told Commercial Observer. “With divided, or nearly divided government, it is likely that the wheels of change in public policy will move slower, and that existing tax and regulatory laws will change at a more gradual pace.”

Still, he added, regardless of one’s position on policy matters, this reality is likely to have a calming effect on businesses and how they plan for the future. That alone should be a positive for the real estate industry.

“With election year politics now behind us, I am also hopeful that both parties will be able to coalesce around a prudent stimulus package that can bolster the economy and help local communities ride out the storm until effective vaccines are approved and widely available,” Kelly said.

Nathan Edwards, senior director of research at Cushman & Wakefield, said the change in administration and the churn that it creates is generally good for downtown D.C., but the suburbs are driven by the spending.

“The Trump administration prioritized defense spending in lieu of more socially oriented programs and increased spending for defense by 22 percent from 2016 to 2020,” he told CO. “We have seen a direct correlation between the increases in defense spending and positive real estate metrics in Northern Virginia.”

Edwards said he believes the Biden administration will likely revert to spending priorities similar to what they were in the Obama years. That includes likely increases to the budgets of the Environmental Protection Agency and the departments of Housing & Urban Development and Education — items cut early in the Trump budgets to make room for defense increases.

“These agencies are more likely to impact suburban Maryland but aren’t likely to have the same positive impact on real estate metrics as defense spending, because historically spending on these priorities have not had the same correlation to positive real estate metrics as has defense spending in Northern Virginia,” Edwards said. “Investors will likely take a renewed interest in suburban Maryland, based on these assumed changes to federal outlays and, especially, because of the life sciences sector that is largely located in the I-270 Corridor in Montgomery and into Frederick counties.”

Indeed, life sciences, including biotechnology, could benefit especially from a shift from defense spending, according to Glenn Meltzer, principal of Avison Young. In general, he said, whenever there’s been a change in administration, if it’s a change from Republican to Democrat, social programs benefit, and health and human services and biotech companies expand. So, the new administration should have favorable impacts on the commercial real estate markets that service those industries.

“You usually see a spike in Maryland, and especially with what’s going on in the biotech industry, which is already seeing a tremendous increase and uptick in demand,” Meltzer told CO. “In Northern Virginia, you have a lot of the defense contractors, which typically favors a Republican administration. But with the Senate not yet determined, that can have a big impact on this.”

In a Republican-dominated Senate, there may not be the impact on the defense contractors that would come if the Democrats win both Georgia seats in runoffs scheduled for Jan. 5 and, therefore, control of the chamber.

Wei Xie, associate director of mid-Atlantic research at CBRE, noted that analysis shows that when the same party controls both chambers of Congress, this facilitates budget flow and more ambitious policy agendas. That leads to increased government spending and regional office demand. On the other hand, political gridlock negatively affects business sentiment and budgetary growth and, thus, office space demand.

Those Senate runoffs will have a major impact on what commercial real estate could see in 2021, especially in the D.C. region, where the General Services Administration, which manages the federal government’s property portfolio, has been consolidating its leased space.

“The government itself is a major lessee category in the region and accounts for 28 percent of total office leasing activity,” Xie told CO. “The GSA’s pursuit of operational efficiency in recent years has been a notable source of contraction in space demand. On the private-sector front, government spending affects several industries that are prevalent in our region, namely government contractors, lobbyists and law firms.”

Xie explained that how much spending funnels through the federal government and where it goes heavily impacts the demand metrics of many of the region’s economic pillars. That subsequently influences employment growth and office demand.

The GSA’s leased footprint in the capital region peaked in 2014 at 57.5 million square feet. It has since shrunk by 10 million square feet, or 17 percent, due to a combination of higher space utilization, consolidations and moving to federally owned buildings, as well as telework policies.

“The sustained focus on efficiency will likely lead to additional space contraction by the GSA,” Xie said. “However, higher limits on discretionary spending could temper the extent of the GSA space givebacks.”

In the end, commercial real estate firms and professionals in the D.C. area expect to be busy under a Biden administration, whatever the spending priorities — just as they were under Trump (at least before the pandemic).

“We work with both sides of the political spectrum,” Avison Young’s Meltzer said.

That’s an attitude that many in the industry share. For instance, Austin Freeman, senior vice president of asset management at Monday Properties, said the firm’s strategy in 2021 doesn’t rely on the results of the election, but rather the continued partnership with its tenants.

“We know that their needs are constantly evolving, and our No. 1 priority will continue to be the safety and well-being of our tenants, employees and the community,” he told CO. “We plan to move forward into 2021 with continued efforts focused on listening to all of our current and potential tenants, and the industry as a whole, to create and design safe, innovative and efficient spaces.”