Simon and Authentic Brands to Buy Brooks Brothers for $325M 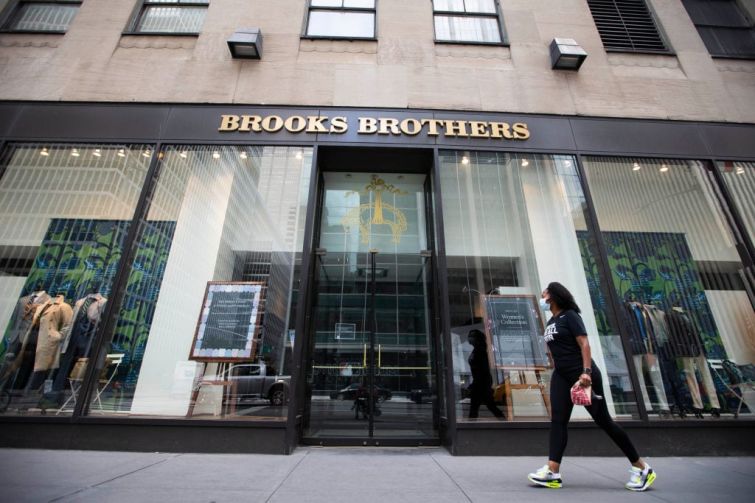 Sparc LLC, a company jointly owned by Simon and ABG, originally offered $305 million to buy the bankrupt Brooks Brothers last month but increased its bid to $325 million, which was accepted yesterday, according to Brooks Brothers. As part of the deal — set to close by the end of August — Sparc will keep open at least 125 of the 200 Brooks Brothers stores around the country.

ABG rival WHP Global submitted a bid to pick up Brooks Brothers for $334 million in July, but Brooks Brothers considered Sparc’s a better offer, The Wall Street Journal reported. WHP pulled out of the race to buy Brooks Brothers on Monday, according to WSJ.

Sparc previously picked up Nautica, Aèropostale and Forever 21. It also put a stalking-horse bid for bankrupt jean purveyor Lucky Brand for $191 million and is in talks to buy JCPenney, Bloomberg reported.

In an earnings call on Monday — where Simon posted its lowest revenue in nearly a decade — CEO David Simon touted the duo’s strategy of picking up faltering retailers and said most have seen returns within a year, with its Brooks Brothers investment expected to do the same.

“We have created real value already in our investments in Sparc,” Simon said during the call. “We continue to look forward to other opportunities.”

The nearly 200-year-old Brooks Brothers — which has dressed 40 U.S. presidents, including Abraham Lincoln — has struggled in recent years as office workers started to ditch suits and dress more casually. Its problems grew during the coronavirus pandemic, which forced workers out of the office and into their homes, ditching suits in the process, and it filed for bankruptcy last month with plans to find a new buyer.

Brooks Brothers has already started to close 51 U.S. locations because of the pandemic and plans to halt manufacturing at its factories in Massachusetts, North Carolina and New York later this month.

The company was founded in 1818 as the H. & D.H. Brooks & Co. clothing store in Manhattan and grew to become a favorite suit provider for Wall Street workers.

Claudio Del Vecchio, whose father Leonardo Del Vecchio founded Italian eyewear behemoth Luxottica, bought Brooks Brothers for $225 million in 2011 from Marks & Spencer, The New York Times reported. But, Del Vecchio has been looking to offload Brooks Brothers since last year as its problems grew, according to the Times.