The St. Louis-based law firm will vacate the Century Plaza Towers in June 2021 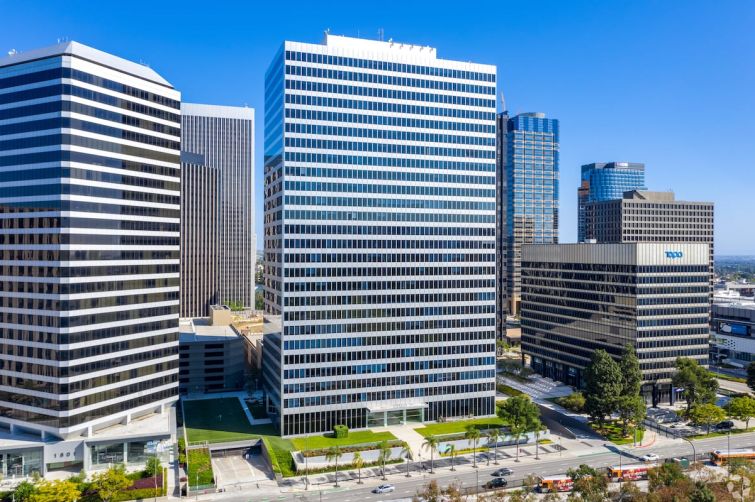 National law firm Thompson Coburn LLP is set to move up the road in Century City — the most expensive office market in Los Angeles — after signing a new lease to take over 24,590 square feet at 10100 Santa Monica Boulevard.

The firm is currently located in one of the iconic Century Plaza Towers at 2029 Century Park East, about one-third of a mile down the block, and will make the move in June 2021, according to Newmark Knight Frank. Thompson Coburn will occupy the entire fifth floor in 10100 Santa Monica, a 26-story tower with 640,095 square feet that is owned by Heitman LLC and managed by Hines.

At $6.18 per square foot per month, Century City posted the highest average asking rents in the third quarter in L.A. this year, which would put the value of Thompson Coburn’s new lease at more than $1.85 million per year.

Earlier this year, Greenberg Glusker also made a short hop in Century City and moved across the street into 85,000 square feet at the Century Plaza Towers, which is also managed by Hines as well as J.P. Morgan Asset Management. One year ago, Deutsche Bank, Wells Fargo and Morgan Stanley provided a 10-year, $1.2 billion CMBS refinancing for those 44-story towers, which is also home to other major firms like Venable, Bank of America and Manatt, Phelps & Phillips LLP.

L.A. office leasing activity this year has been negligible since the outbreak of the coronavirus, dropping 61 percent in the third quarter compared to 2019. And the extended work-from-home phenomenon has added new pressures to the market and obscured occupier needs.

According to NKF research, talent agencies, law firms, marketing companies and post-production companies were responsible for L.A.’s office market action in the third quarter, while most businesses are in a holding pattern as the pandemic continues to hinder decision-making. L.A.’s Westside continues to see record high rental rates, but with landlords still in a price discovery phase, rents are expected to begin to trend down, NKF said.