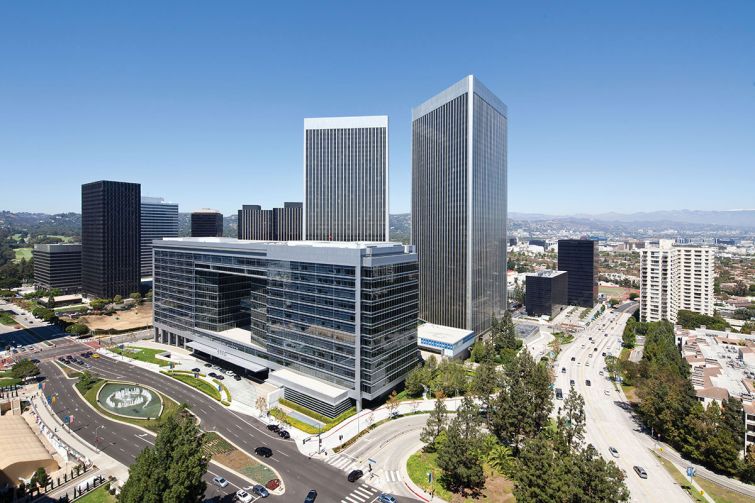 Greenberg Glusker will move into the Century Park Towers on March 2. photo: Hines

The attorneys at Greenberg Glusker Fields Claman & Machtinger LLP are moving into Gensler-designed offices at Century Park Towers on March 2 after spending the past 50 years at an adjacent campus.

The 15-year lease includes three floors with approximately 85,000 square feet of space at 2049 Century Park East in Century City, located on Los Angeles’ Westside. The firm will hop across Constellation Boulevard from their current base at 1900 Avenue of the Stars.

The two 44-story Century Plaza Towers include 2.4 million square feet of space and more than 120 tenants. The 14-acre property is owned by the Commingled Pension Trust Fund, which is managed by J.P. Morgan Asset Management, as well as real estate firm Hines. The office space is managed and leased by CBRE. In October, Deutsche Bank, Wells Fargo and Morgan Stanley provided a ten-year, $1.2 billion CMBS refinancing for the towers.

Century City was one of seven submarkets in Greater L.A. to post leasing rates above $5 per square foot in 2019, according to CBRE’s research. Average asking rates for top-floor space at trophy assets are near $9 per square foot for full-service gross agreements. Century City is also one of L.A.’s tightest markets with a 6.3 percent vacancy rate.

Greenberg Glusker agreed to the lease during the second quarter of 2019. During the same period, Manatt, Phelps & Phillips LLP signed for 116,366 square feet at the same building, according to Cushman & Wakefield. That firm is relocating from the Olympic Corridor.

“Being in the heart of Los Angeles enables our roster of 100 attorneys to serve clients who are industry leaders in such areas as real estate, entertainment, technology, intellectual property and sports,” Baradaran said in a statement. The firm also focuses on bankruptcy, branded consumer products, cannabis, finance, and other areas.