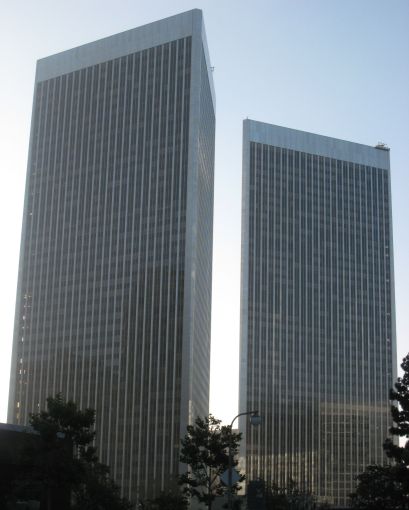 The partnership that owns a major Los Angeles-area office complex has pulled in a $1.2 billion CMBS refinancing on the property, according to Kroll Bond Rating Agency, which analyzed the transaction.

The interest-only loan charges a fixed 3 percent interest rate and will be used to knock out $823.4 million in outstanding Morgan Stanley debt that dates to 2014. The owners will also be able to cash out $272.9 million after paying closing costs and setting aside reserve funds.

Standing at 2029 and 2049 Century Park East, the buildings are home to 122 commercial tenants, none of which is responsible for more than 6.5 percent of the building’s base rent. Largest is Bank of America, which leases just shy of 150,000 square feet, while J.P. Morgan claims almost 100,000 square feet. The other biggest renters are mostly law firms, large and small: Manatt Phelps, Kirkland & Ellis, Greenberg Glusker, and Venable are among the legal shops that call the buildings home.

Built in 1975, the twin wedge-shaped buildings face each other across a plaza that sits above an underground, 6,000-odd-car garage. The site is also home to an 815,000-square-foot office building at 2000 Avenue of the Stars — much squatter and broader — that is also controlled by the same ownership group but that is not collateral for the new CMBS debt.

Occupancy has been remarkably consistent over the last 20 years, never rising above 96 percent nor falling below 87 percent. Last year, the towers brought in $125 million in effective gross income, which netted to $89 million in cash flow after expenses.

The towers are catercorner across Avenue of the Stars from Westfield Century City, a 1.3-million-square-foot shopping century that became home to Los Angeles’ first Eataly location two years ago. They’re also right across from the Century Plaza Hotel, a modernist L.A. landmark that its owner, Woodridge Capital Partners, had considered demolishing. Instead, it’s been the subject of a $2.5 billion redevelopment, which will entail the construction of a pair of adjacent condo towers and the addition of new retail space while the hotel itself is preserved.

A Deutsche Bank spokesman declined to comment. Representatives for J.P. Morgan and Hines did not immediately respond to inquiries.