LA Rents Have Begun to Slide, Subleases to Rise 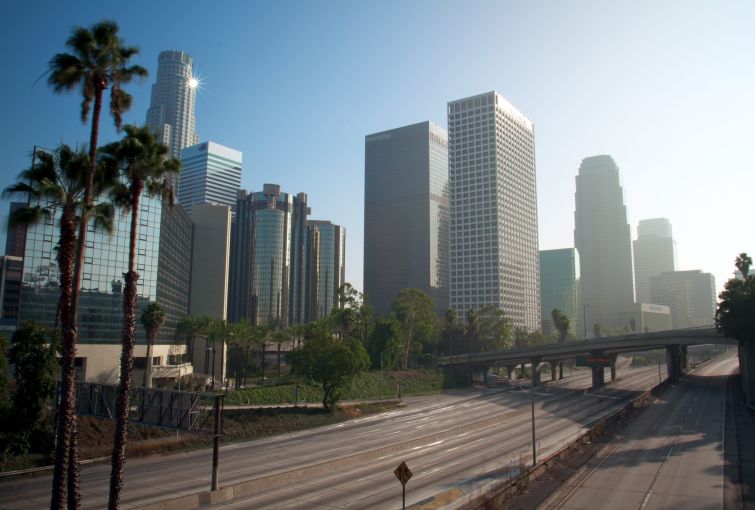 Net effective rents in the L.A. region have been falling anywhere from 5 to 10 percent amid the pandemic as landlords offer greater incentives to draw and retain tenants, said Eric Willett, CBRE’s research director for the Pacific Southwest. It’s a different story for asking rents.

“Actual asking rents haven’t budged much between quarter one and quarter two,” Willett said. “In the coming quarters, we would certainly expect to see movement in asking rents to follow the trend in net effective rents. That’s what we’ve seen in previous recessions, and we would expect to see that again over the next few quarters.”

The amount of available sublease space in West Los Angeles—which saw no notable new lease deals in the quarter—increased by nearly 300,000 square feet, according to CBRE. Much of that increase is due to the presence of technology firms and content providers, which have been relisting space they no longer need.

This is largely due to the tech-heavy nature of that submarket’s office clientele.

“In West Los Angeles, the market was great and companies were growing,” Frisk said. “That sublease availability isn’t necessarily just because of everything that’s happened with COVID. A lot of companies had just taken more expansion space, and now realize they aren’t using it right now. So I think the [subleasing percentage], even though it’s high, may be slightly misleading. I think West L.A. will continue to do well because of the type of product there.”

While likely dreading the downward trend, the Los Angeles business community has genuine reasons to believe it might recover from the office drought quicker than other markets. (Though it’s unclear if and how the California wildfires will affect things—the interviews for this article were conducted prior to the apparent worst of the fires in mid-September.)

As the country’s entertainment and content creation center, the fact that many Americans continue to be stuck at home may work in the market’s favor.

“Production is stalled or lagging, causing a tremendous amount of disruption and loss of revenues for everyone related to the entertainment industry,” Ryan Harding, an executive managing director with Newmark Knight Frank, said. “But talent agencies, post-production houses, editing facilities, I think they’ll come back with a vengeance next year and probably allow Los Angeles to recover faster than most places around the country, because there’s going to be such a demand for new content.”

“The Netflixes, YouTubes, Googles and Hulus of the world all need new content,” Harding added. “And who’s going to reap the benefits? All of the marketing agencies, PR companies, advertising, legal, insurance—many things in L.A. touch the entertainment industry in one way, shape or form. That’s one of the things keeping Los Angeles behind a little bit, but it’s also one of the things that will propel us a lot faster in 2021.”

The Los Angeles office market can also look to the city’s car culture to help bring people back to the office faster than in markets dependent on public transportation.

“In Los Angeles, while we have rail and subway lines, they’re not as critical to moving people around as in other markets,” said CBRE Vice Chairman Jeffrey S. Pion. “I think that is going to play in our favor as people start to come back to work, because they’re not going to be as concerned about public transportation as the primary means of people getting to their office like it is in New York or San Francisco.”

For all the negative indicators, Los Angeles’ office professionals can’t help but inject a tinge of optimism into the forecast. Pion, for one, believes that between the climate, the cars, the creative industry and the California of it all, any downward trends for Los Angeles’ office market should only be seen as temporary.

“Given the combination of our geography, the lifestyle of Southern California, the health and wellness aspect of this part of the world—almost 365 days a year it’s 72 and sunny—I think that’s going to bode very well for us,” Pion said. “As other markets tackle the winter, which means you’ve got to be indoors, Los Angeles and the rest of Southern California will continue to be a place where employers want to put down roots and grow their businesses. I think that’s going to bode well for us long term.”