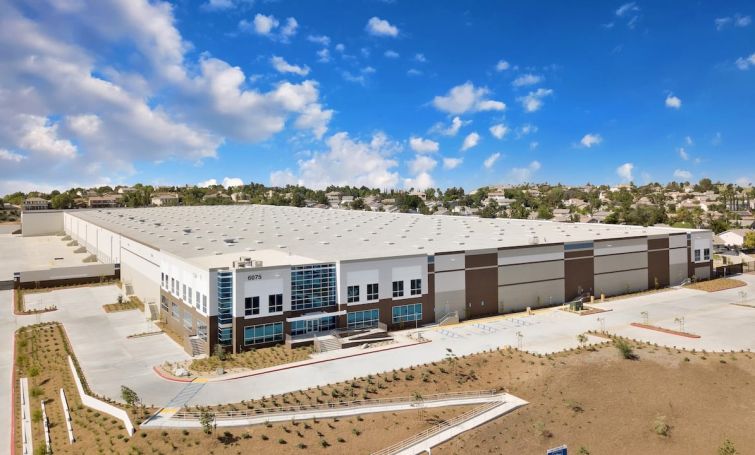 A joint venture between Dedeaux Properties and Artemis Real Estate Partners announced the sale of a new warehouse in the Inland Empire for $44.4 million.

Loctek Inc., a Chinese-based office furniture manufacturer, purchased the 361,346-square-foot distribution facility to expand and relocate from a smaller facility in Northern California. Dedeaux developed the property at 6075 Lance Drive in Riverside, Calif., next to the 1 million-square-foot warehouse that the firm sold for more than $100 million in February to TA Realty.

Both buildings make up Dedeaux Sycamore Canyon Distribution Park, which has immediate access to the Interstate 215 and California 60 highways. Ian DeVries, Chris DeVries and Patricia Uchytil of Colliers International represented the Dedeaux-led venture in the transaction.

The Inland Empire for years has been one of the most dominant markets for industrial real estate, and more space is on the way. Earlier this week, CT Realty and PGIM Real Estate announced that they broke ground on a 4.4 million-square-foot logistics development in the Inland Empire, which was shortly after Rockefeller Group acquired approximately 30 acres in Riverside County for two developments totaling 623,109 square feet of distribution space. In June, a joint venture between Rockefeller Group and MBK Real Estate also secured financing to construct a 297,200-square-foot industrial building.

Los Angeles-based Dedeaux specializes in the investment and development of logistics-oriented real estate, and has helped drive activity in Southern California with more than 6 million square feet of warehouse, trucking and logistics space located primarily in the Inland Empire and L.A. County. Before the firm sold the 1 million-square-foot warehouse, Cardinal Health signed a long-term lease to occupy the entire property. And, last month, Dedeaux Properties and Stockbridge Capital Group acquired a vacant warehouse in L.A. County for $28.4 million.