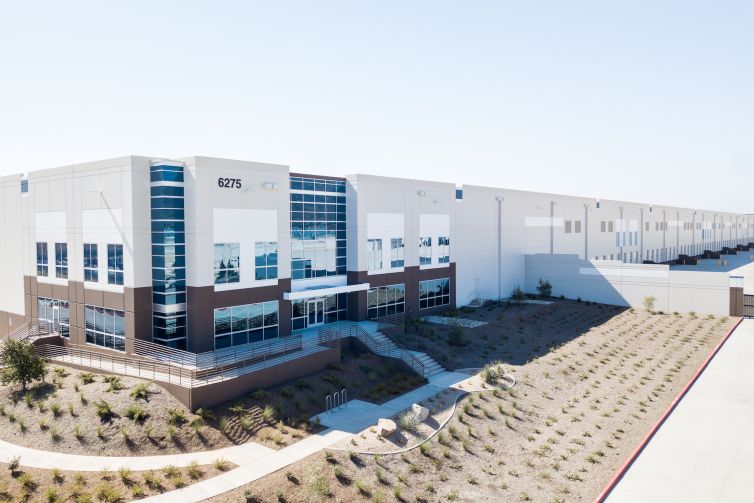 PGIM Real Estate has provided $66 million to a fund managed by Boston-based TA Realty to finance its purchase of a newly-built, 1-million-square-foot industrial complex in Riverside, Calif., Commercial Observer has learned.

According to PGIM, the loan closed last month, despite the acquisition being sealed in February, prior to the COVID-19 outbreak really gaining steam in the U.S.

A CBRE debt and structured finance team led by Val Achtemeier arranged the acquisition financing on behalf of the TA fund vehicle.

“The successful execution of this transaction within an uncertain economic environment is a testament to the strength of the asset, which has a long-term lease with a credit tenant and is situated in one of the most desirable industrial submarkets in the country,” Brett Ulrich, a principal at PGIM Real Estate, said in a prepared statement. Ulrich led the origination for PGIM, according to the firm.

The massive logistics center spans 1,012,995 square feet and is situated on nearly 52 acres at 6275 Lance Drive in Riverside within a larger, 920-acre master-planned industrial park called Sycamore Canyon Business Park, according to previous reporting by CO and a brochure from Hillwood’s website that outlines the property’s specifics. Dedeaux had negotiated to purchase the asset in 2018 and Magnon and Hillwood completed the property in July last year.

Colliers International’s Ian DeVries and Chris DeVries marketed the sale of the property in Dedeaux’s purchase, representing both the buyer and seller, as CO previously reported. The pair also handles leasing efforts for the asset.

Around a month after finishing the project, Hillwood and Magnon officially offloaded the then-vacant asset to Dedeaux for $94.2 million in an off-market transaction that was funded in part with a $88 million loan provided by Los Angeles-based alternative lender Mesa West Capital, as CO previously reported. Due to it being vacant, Mesa’s loan was capitalized with a future funding component for leasing costs. Sources told CO at the time that Dedeaux was planning to lease the property to a single tenant on a long-term basis.

By October, Dedeaux was able to lease the entire asset to major multinational healthcare services firm Cardinal Health, according to an October 2019 report from Commercial Property Executive. Sources told CO that as of January this year, Cardinal Health is under a 10.5-year triple-net lease.

The cross-dock-style property has 147 dock-high loading bays, with 36-foot-high clearances as well as four ground-level loading doors and two secured truck courts that include 192 trailer parking spaces. Along with the warehouse and distribution space, the site also sports 11,400 square feet of office space and 355 surface parking spaces. Also, its location gives it access to Interstate 215 and California 60 highway, which are main arteries that run into Los Angeles and San Diego; California 60 also feeds into Interstate 10, which is a direct line into Phoenix, Ariz.

The broader Sycamore Canyon Business Park is home to distribution operations for major tenants such as Amazon, Pepsi, which has a bottling facility there, and Kroger, among others.