A joint venture between CT Realty and PGIM Real Estate has announced that construction started on a five-building, 206-acre logistics development in California’s Inland Empire, the top industrial market in the country.

The site is at the corner of El Rivino Road and Rubidoux Boulevard. The joint venture purchased the site from Denver-based Crestmore Development, managed by Viridian Partners. The land price has not been confirmed, but other comparable sales prices for entitled industrial land in the Inland Empire exceed $1 million an acre, likely putting the value of this land well above $200 million, according to the JV.

The project is coming along at a fortuitous time. E-commerce sales nationally spiked during the coronavirus pandemic, and are estimated to grow by 18 percent this year, the highest year-over-year increase on record, according to eMarketer.

“Developing a project of this magnitude on a spec basis speaks volumes to the confidence we have in the overall market, the project, and in this fantastic location,” Carter Ewing, managing partner at CT, said in a press release. “We are fortunate to have the strongest industrial market in the U.S. right here in Southern California.”

The Agua Mansa Commerce Park is the third project by CT and PGIM Real Estate in the past few years, including a recently completed 13-building development in Southern California.

PGIM Real Estate is one of the largest real estate managers in the world with $182 billion in assets. It’s part of the $1.4 trillion business of Prudential Financial Inc, and the firm has been notably active this quarter. Earlier this month, Commercial Observer reported that PGIM Real Estate acquired a 40 percent interest in an industrial portfolio valued at $700 million, with properties in Los Angeles, Louisville, Chicago, Seattle and Dallas. And the firm also provided a $482 million Fannie Mae credit facility to Sobrato Organization for six multifamily properties in the San Francisco Bay Area and Seattle.

Earlier this year, PGIM lent $66 million to TA Realty to finance the acquisition of a 1 million-square-foot industrial complex in Riverside, Calif. And, this time last year, the firm provided $350 million to Stockbridge Capital Group for a large industrial portfolio that draws about 60 percent of its net operating income from assets in California.

Meanwhile, Newport Beach-based CT has completed more than 300 transactions valued at more than $4.7 billion. The firm is mostly focused on the acquisition and development of Class A industrial logistics properties, and has acquired 2,400 acres of industrial land since 2010, which CT has said will support 32 million square feet of buildings. 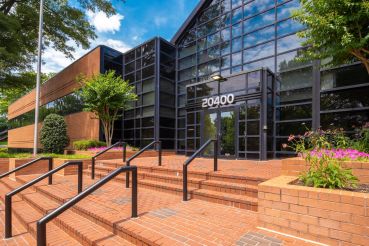