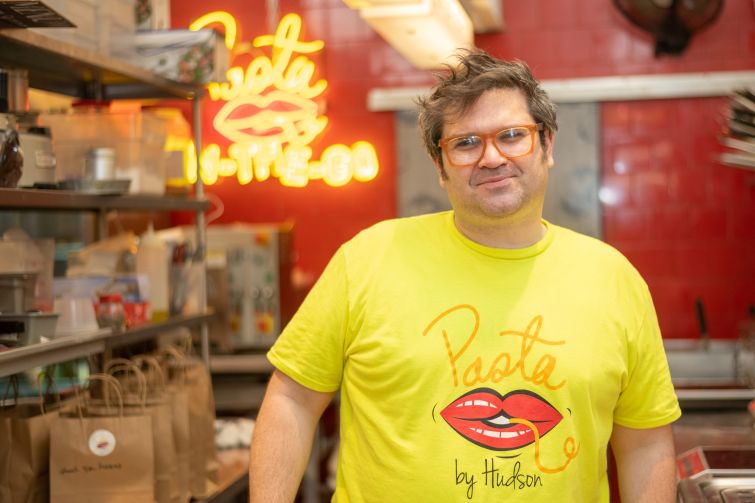 The grab-and-go concept, Pasta By Hudson, is expanding to a new location in Chelsea.

The company signed a lease for 500 square feet at 180 Seventh Avenue between West 20th and 21st streets where it will open in later this fall.

“Hopefully, this is the first of many more locations,” says Joshua Kaufman, a director with Bluestar Properties, who represented both sides of the deal.  “These small take out restaurant locations that are fully fixtured are very popular. We had over a dozen offers on the space and we thought that the operator, Brandon Fay, would do a great job here as he has a great passion for cooking and real Italian food.”

In March, entrepreneur and Pasta By Hudson owner, Brandon Fay’s mouth-watering meatballs impressed ABC’s Shark Tank judges so much, he obtained an investment from both Mark Cuban and Lori Griener.

Fay was a former executive at the Fireman Hospitality Group which is known for its high-end Italian food and restaurants.

Pasta By Hudson already has a successful spot at the Turnstyle underground market at the Columbus Circle subway station.

The Seventh Avenue location was previously occupied by Creamline, which has since moved to the nearby Chelsea Market.

“I see a lot of tenants looking for quick, cheap and prime corner locations,” says Kaufman. “Unfortunately, there are a lot of restaurants closing but it is creating a lot of opportunities for others to start with fully built out restaurant spaces with no key money.”

Meanwhile, Kaufman says, “What we need right now is for companies to bring their employees back to work and for the governor and mayor to open up inside dining.”