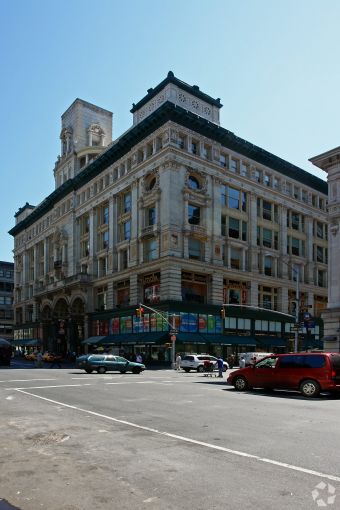 Bed Bath & Beyond has renewed the lease for its massive 92,000-square-foot store at 620 Avenue of the Americas on Ladies’ Mile in Chelsea, where it plans to reconfigure and renovate the space into a flagship retail outpost, Commercial Observer has learned.

Bed Bath & Beyond plans to renovate the store, which it has occupied for nearly 30 years, and its street-facing cafe will disappear. The renovation will include “new showrooms/shop in shops, interactive home elements, brand new fixtures, new colors and themes to align with a new residential feel,” an RXR spokeswoman said, as well as a new food and beverage option. RXR, meanwhile, will get 20,000 square feet of prime ground floor retail space back at the corner of Avenue of the Americas and West 19th Street.

The renewal comes after the retailer announced plans last month to shutter 200 stores over the next two years. Bed Bath & Beyond has also been struggling to pay rent on its other locations during the pandemic; the landlord of its Upper East Side store is suing over $567,000 in unpaid rent, as CO previously reported.

“After almost 30 years at 620 Avenue of the Americas, Bed Bath & Beyond has established a personality within the building and this new vision for their U.S. flagship store will continue that long-standing relationship,” said RIPCO’s Peter Ripka, who represented Bed Bath & Beyond in the transaction.

“It’s been a privilege to play an important role in the lives of generations of New Yorkers and we’re thrilled to renew our position in the heart of Chelsea,” said Bed Bath & Beyond COO John Hartmann in prepared remarks.

The landmarked, cast iron building between West 18th and West 19th Streets is anchored by coworking giant WeWork, which signed a 212,387-square-foot in the building a year ago. The property’s other retail tenants are Cost Plus World Market, which is owned by Bed Bath & Beyond, T.J. Maxx and Marshalls.