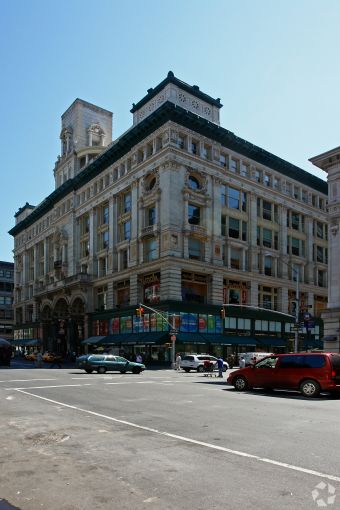 Coworking giant WeWork continued its recent streak of leases around Manhattan by taking 212,387 square feet a block away from its headquarters, the company confirmed.

WeWork inked a deal for the entire third, sixth and seventh floors of RXR Realty’s 620 Avenue of the Americas between West 18th and West 18th Streets, The New York Post first reported. A WeWork spokesman declined to provide terms of the deal but CoStar Group data lists average asking rents in the seven-story building as between $61 to $75 per square foot.

It’s unclear who brokered the deal. A spokesman for RXR declined to comment.

WeWork—which plans to move into the space later this summer—will take over offices previously occupied by Spotify and Mediaocean, the Post reported. Spotify ditched the building in 2017 to move to 4 World Trade Center while Mediaocean moved from 88,387 square feet at 620 Avenue of the Americas to 38,000 square feet at 120 Broadway earlier this month, as Commercial Observer previously reported.

The 620 Avenue of the Americas deal marks the eighth lease WeWork announced in Manhattan this month, including 67,858 square feet at 419 Park Avenue South, 52,477 square feet at 550 Seventh Avenue and 110,500 square feet spread across four Midtown buildings.

WeWork also announced on May 9 that it partnered with RXR to manage a 90,000 square foot coworking space at 75 Rockefeller Plaza, where it will split the cost of renovations and share revenue with RXR, Crain’s New York Business reported.