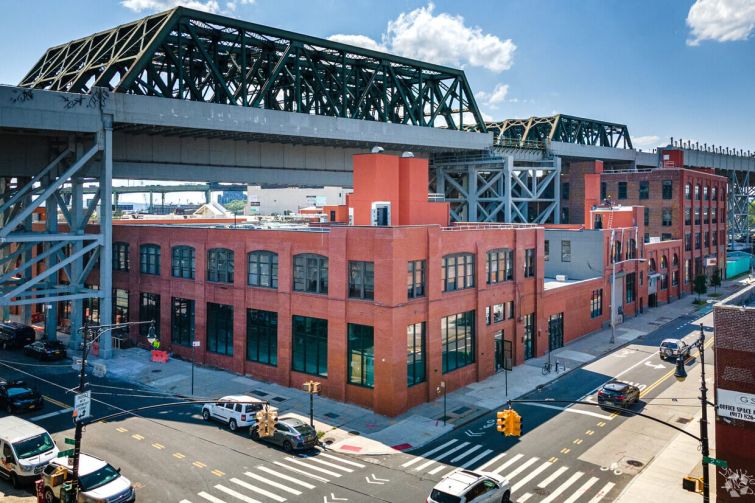 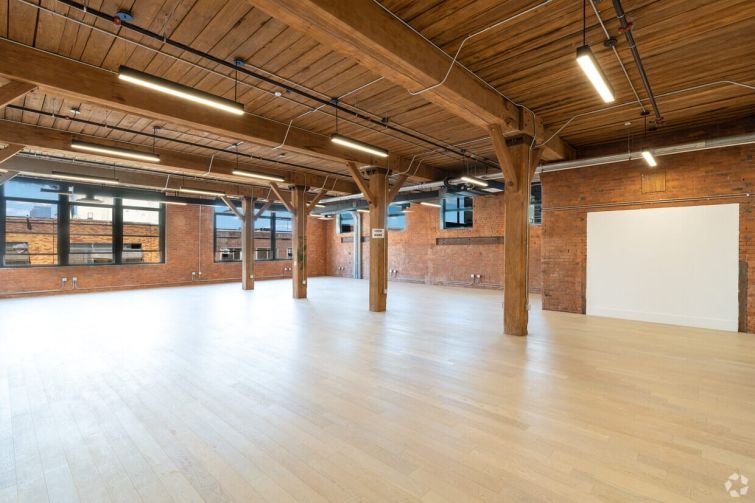 The warehouse's timber framing has been restored, and new mechanical, ventilation and elevator systems have been installed. Photo: Industrie Capital Partners 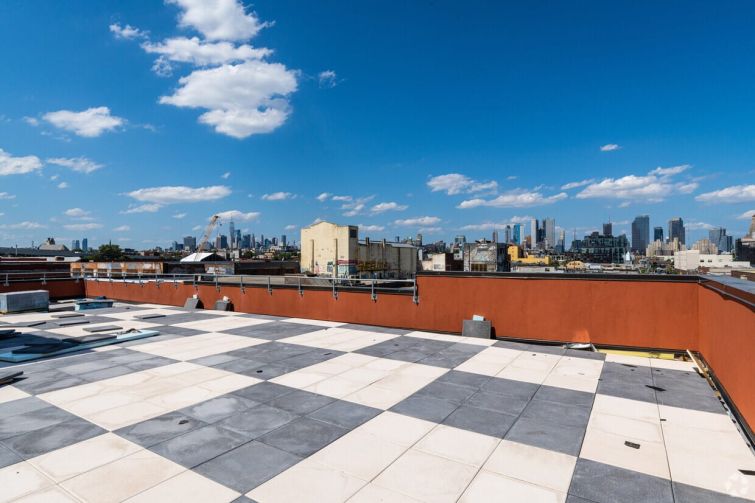 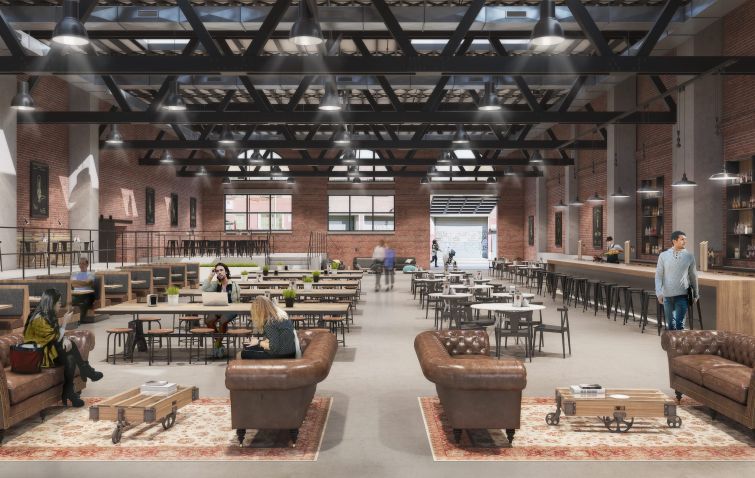 A rendering of 124 Ninth Street's ground floor, which is expected to include a food hall. Image: Industrie Capital Partners 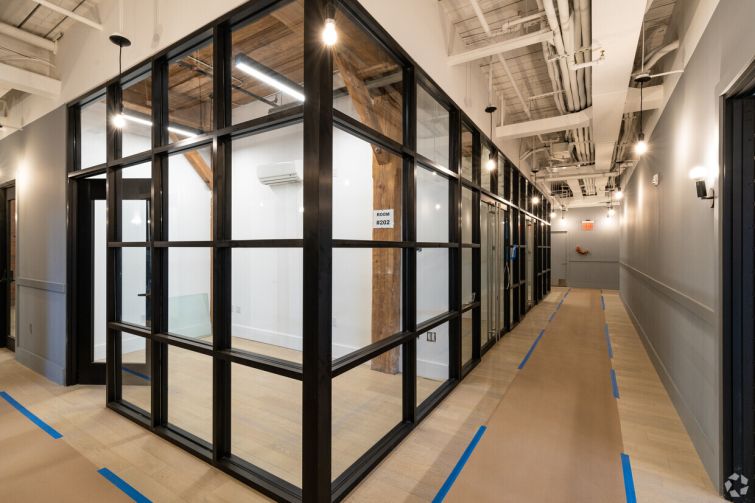 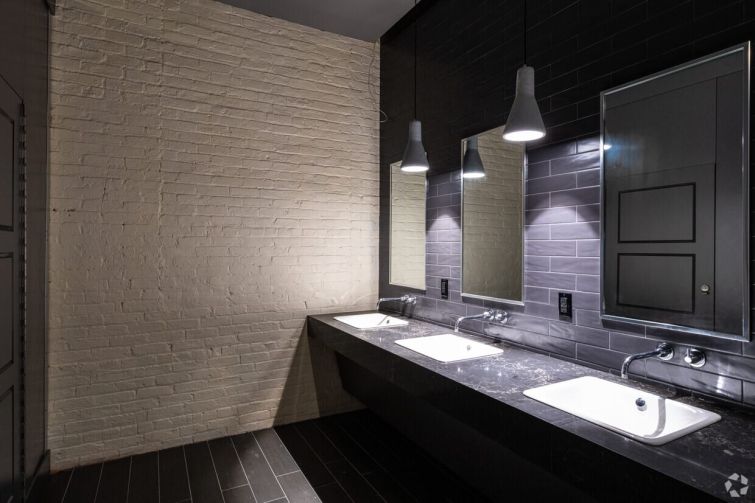 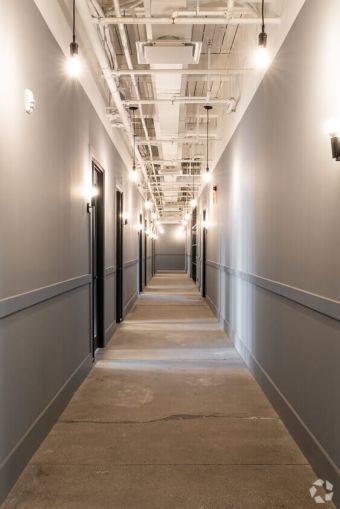 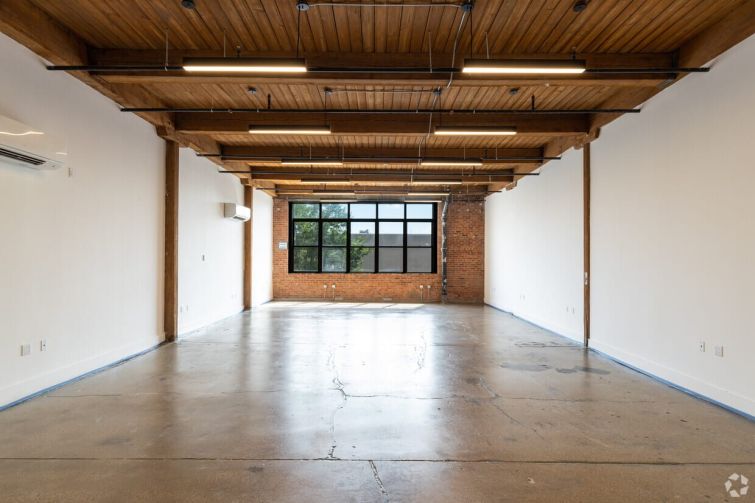 While many office landlords think that the coronavirus outbreak has slowed commercial leasing to a crawl in New York City, Joseph Hamway believes that the pandemic has benefited his new project, a warehouse-to-office conversion in Gowanus, Brooklyn.

“Many people no longer feel comfortable taking mass transportation into Manhattan,” he said, noting that companies are looking for space closer to where their employees live, which is often in Brooklyn.

The two warehouses at 124 Ninth Street, between Second Avenue and the Gowanus Canal, have been renovated into 200,000 square feet of offices and retail. Hamway’s firm, Industrie Capital Partners, ground-leased the assemblage in 2015, and proceeded to empty it of tenants, including several artist and musician groups as well as a wholesale cabinet retailer. Eighteen months ago, the firm started a full gut renovation of the buildings, including two new lobbies, new mechanical and plumbing systems, new elevators, new ventilation with CDC-rated air filters, four roof decks, bike storage and outdoor seating.

Hamway has dubbed the project “Roulston House,” after Thomas Roulston, who used the two- and four-story buildings as warehouses for his grocery business a century ago. The structures are made out of heavy timber and brick; much of the original wood has been restored, and in some cases, repurposed in the lobby.

Mother New York, a media and marketing firm, recently inked a 61,000-square-foot lease for the top two floors of the larger, four-story building, along with a portion of the building’s 4,000-square-foot roof deck. On the ground floor, Sixpoint Brewery and Gutter Bowling have taken roughly 23,000 square feet and 13,000 square feet, respectively. There are also 60,000 square feet of prebuilt offices on the second floor. Tenants are expected to begin moving in early next year.

Those are not the only deals, said Hamway. Two more large leases are out for the remainder of the building’s office space, and he hopes to rent the remainder of the ground-floor retail to a London-based food hall. Asking rents are around $50 a square foot for both retail and office.

He said he’d been hearing from tenants who were coming from other trendy Brooklyn neighborhoods but wanted cheaper and more up-to-date space.

“We’re seeing a lot of tenants from Dumbo because they’re feeling like Gowanus is what Dumbo was when they signed their leases 10 years ago,” said Hamway. “It’s the first big office project in Gowanus that’s brand new and Class A. And a lot of people call me and tell me that they’re so happy I did this, because there was so much demand for this, but there was no product.”