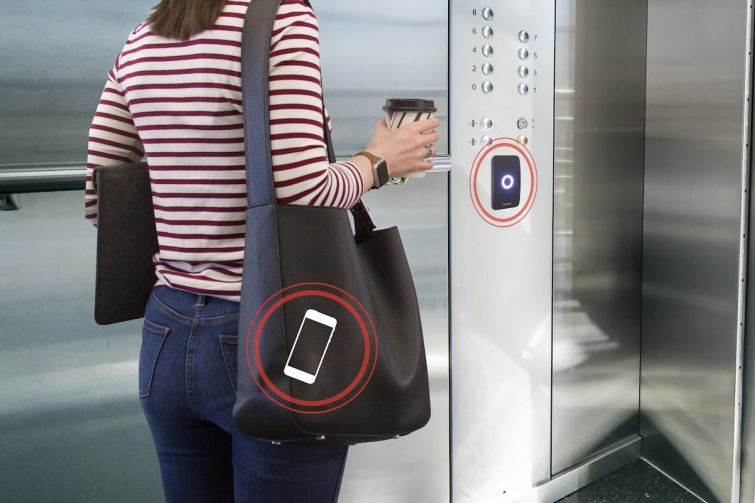 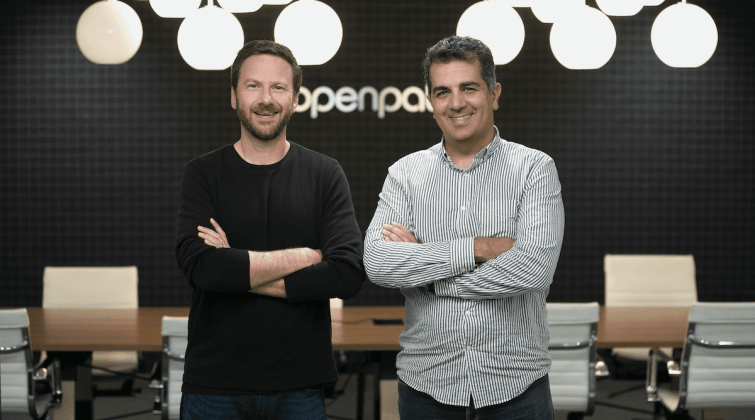 Just a few months ago, advanced security systems were nice amenities for new developments or renovated properties. Then a global pandemic hit.

James Segil, president and co-founder of Openpath, said the firm’s touchless office entry system quickly became a must-have for all types of office buildings in a new era defined by social distancing and capacity restrictions. His firm and other similar proptech developers have seen a spike in demand ever since. June was the best sales month in the company’s two-year history, and they added another 50,000 users in the past month.

Their platforms have become paramount for both landlords and tenants, who are depending on new technologies to help bring people safely back to the office. With tenants developing back-to-work plans, many building owners and landlords throughout the country have been touting the same kinds of safety features since the outbreak.

Openpath, a startup based in Culver City, Calif., develops security systems that allow mobile access control, including many features that are particularly instrumental in the post-pandemic world, such as a system that allows users to wave their hand to unlock a door. The firm recently announced that it raised $36 million to help expand the mobile credential platform and cloud based software.

Openpath already counted commercial real estate firms like Lincoln Property Company, Hines and EQ Office as some of its clients utilizing their technology. Segil said there were about 250,000 people using their system before the outbreak at offices, retail properties, schools, gyms, places of worship, universities, and more. In L.A., Openpath has been used at the Hollywood & Highland retail center, as well as the Forum arena in Inglewood.

Segil spoke with Commercial Observer in an interview about the firm’s initial success in developing proptech security systems, and how the cybersecurity and building security sector seamlessly transitioned into being vital for personal health security.

Commercial Observer: Can you talk about how and why you started Openpath before the coronavirus epidemic?

James Segil: My partners and I are serial entrepreneurs. This is the fourth company that we’ve built over  the last 20 years. And we were just so frustrated with user access control systems.

Our last company was Edgecast, which is a network that carries about 10 percent of the global internet. We sold that to Verizon. But we had offices all over the world, and we had data centers, and we had so many (credential) badges that we’d have to carry everywhere.

We just couldn’t understand why people were still using these insecure, pain-in-the-butt badges. We wondered why mobile hadn’t really disrupted this category of technology and security because cloud and mobile instruments had interrupted so many other categories.

It seemed like a great opportunity. We use our phone for everything at home. I use it for my Nest, for my Ring doorbell, I use it to unlock my car. It seemed weird that the built world hasn’t really adapted to embrace mobile.

In 2016, the founding team got together and worked on the technology in stealth mode for about two years. And then launched commercially in 2018. […] We have five million door unlocks per month, more than 10,000 doors deployed in just that two-year timeframe.

And then we hit COVID, and there was this transformation that happened in the marketplace where, what was a very nice-to-have capability of using your phone — walking up to a door and not having to touch anything — that moved from being a nice-to-have to a must-have. Now contactless, touchless entry for the commercial space became almost a requirement if you’re going to get back to work.

How has the pandemic accelerated demand for your business and the advancements of these capabilities?

We’ve seen phenomenal growth in the business just in the last month-and-a-half as people start to put their back-to-work plans in order. We had all the basic elements of the technology there. You’ve got 10,000 doors that have an [internet of things]-based physical security platform deployed. So, when we wanted to upgrade the capabilities of all those doors and then buildings, we previously had the program in place.

Before people would touch a pad with their hand, with the phone in their pocket. Now everybody wants contactless, and they were able to push that change out over a weekend, where you just wave your hand in front of the reader instead. The technology is smart and can adapt to what’s happening in the world around us in real time, so if a pandemic happens, our building gets smarter and gives us a way to respond and react to it.

What are some of the other features that are becoming paramount for property owners?

[Some companies] need to be able to do health screenings before you come into the building, or you’re allowed to enter. You can now adapt the management control system to connect to thermal cameras. So unless somebody has the right temperature, their credential won’t work when they try to come to the building.

There will also be self health attestations. A lot of companies will send an email or form to employees and visitors to fill out every morning, to say, ‘I woke up with no temperature, I have not been exposed to COVID.’ And when they fill out the self attestation form, their credential will work. If they haven’t filled the form out, their credential won’t work.

It used to be these capabilities were more about physical security for lockdowns and active shooters, or tailgating, which is when someone sneaks into a building behind someone with access. Those same capabilities have adapted to be safety-and-wellness capabilities for a pandemic or post-pandemic reality.

We also offer occupancy or capacity management or people-counting technologies. They use motion sensors and facial recognition to count the number of people in a physical space, and we can enforce the capacity limits of a room. If in one of those systems you said, I want to set the capacity of this room to 20 people, they can put an iPad or a monitor in front of the door that says ‘OK, we’re at 19 people,’ and it’s yellow. And then it gets to 20 and goes red and says, ‘OK, we’re at capacity,’ and it’ll actually trigger the access control system — which is us — to not allow any new credentials to work on that door until someone has left the room. […] That way you enforce social distancing.

And we have real-time schedule update capability. A lot of businesses are moving their employees into different work shifts. Four months ago, everybody would come to the office on Monday through Friday, 9-to-5. If they show up now, and they’re there on the wrong day because […] you’re only supposed to be there on Mondays and Tuesdays or you’re only there on Wednesdays and Thursdays, then you don’t want them being allowed into the building because that messes up your whole social distancing plan.

Have your objectives changed or shifted because of this pandemic? Was there a change in what you were aiming to put out and what you were working on?

There has definitely been a positioning around safety and wellness because that is really the most important benefit for our system in the next year or two, whereas the underlying capabilities still remain valuable and germane. […] The security benefit of not having keys that can be copied or a PIN code that can be shared; a ID badge that can’t be cloned because you have this encrypted supercomputer in your pocket which is super secure; the convenience of not having to carry a key card — all those benefits still resonate and are still valuable.

We were being specified into new construction, and anybody who was moving into a new office was putting us into the (tenant improvement) budget for that move. But we were really relegated more to new office starts or a new construction. Whereas now, the retrofit opportunity is even more robust where people who had access control upgrade budgets for 2021 and 2022 are now pulling those into 2020 because this is a must-have.