The development model is aimed at addressing L.A.’s housing crisis 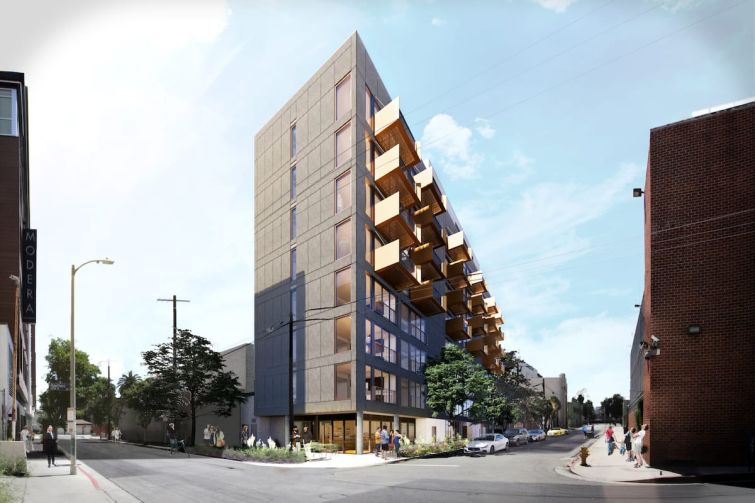 The multifamily project is located at 1621 North McCadden Place near Sunset Boulevard and the Hollywood Walk of Fame. Renderings: Courtesy of ICR 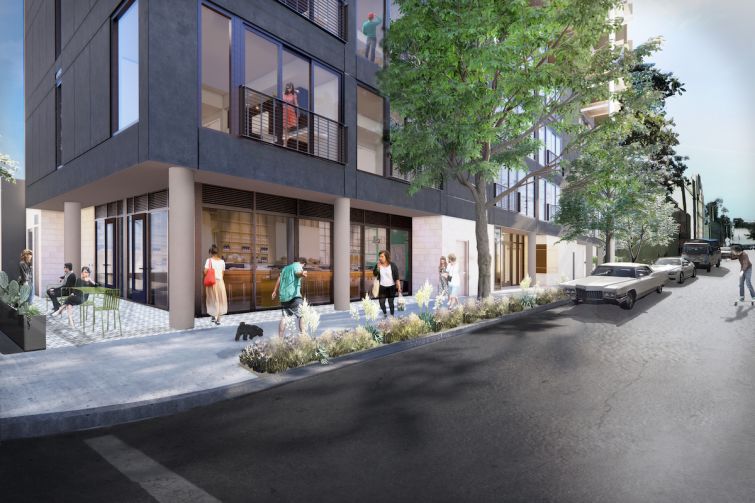 The multifamily project is located at 1621 North McCadden Place near Sunset Boulevard and the Hollywood Walk of Fame. Renderings: Courtesy of ICR
Previous Next

Housing Diversity Corporation (HDC) has started construction on an eight-story micro-housing development with 69 studio apartments in the heart of Hollywood, Commercial Observer has learned.

The multifamily project is located at 1621 North McCadden Place, near the iconic intersection of Hollywood Boulevard and Highland Avenue, and the Metro Red Line subway station. The average unit size is 375 square feet — not counting balconies — and the firm will target rent at $1,995 per month. The project does not include parking space.

Brad Padden, founder of HDC, said they started this housing strategy in Seattle, and are bringing it to Los Angeles for the “missing middle” — referring to middle-income earners who can’t access housing options that are affordable to them. Most of the units will be available for people earning less than 120 percent of the area median income, while eight units will be reserved for low income residents making less than $20,000 per year.

The 37,100-square-foot development, which will replace a one-story office building, was designed by Steinberg Hart. STS Construction and Development is a partner in the project and doing construction. L.A.-based Royal Business Bank provided $13.1 million in financing in May, according to financing records.

Kayte Edson, principal at STS, told CO that they were looking for transit-oriented, urban, walkable neighborhoods when they started the process of bringing the model to L.A. in 2018.

“The Hollywood and Highland area, outside of downtown, just jumped out as one of the top markets,” she said.

The project takes advantage of both local and federal incentives for development. The site is in a Tier 4 area of the city’s Transit-Oriented Communities (TOC) program, which was created nearly three years ago to incentive developers who build affordable units near public transportation stops.

The property is also situated on an 8,000-square-foot site in a federally designated opportunity zone, which gives investors the chance to defer capital gains taxes and put them into real estate projects. Padden told CO that both programs are keys to their strategy of bringing their micro-housing model to the market.

“One reason [why the programs are important] is to help unlock the capital, and to put that capital into housing,” Padden said. “The OZ legislation really gives [investors] a reason to sell whatever it is that is going to trigger capital gains, and to move that money into housing, which is really what is forming the backbone of all these projects.”

He said the programs are vital to decreasing risk for investors.

In December, HDC submitted plans for another TOC micro-housing project with 151 units at 1317 South Grand in an opportunity zone in Downtown L.A. Padden said that project is weeks away from securing entitlements. He added that the Seattle-based firm is very active pursuing additional properties in L.A. right now, and that he expects to submit plans for more projects this year.

“Of course, coronavirus kind of threw a curveball at us,” he said. “But at the same time, we still feel really good about the whole business model of urban walkability and transit-oriented development…I think that the need for affordability and the need for more housing units is going to be even more acute after this. There will be a lot more people that are rent-burdened and stressed from this whole situation.”

Simon Ha, with Steinberg Hart, said many local politicians and industry professionals “were all looking at micro-housing as a silver bullet” years ago, but the model hasn’t become popular in L.A.

“There were multiple housing measures that were introduced at city council, and so there was a lot of interest. But no one was actually doing it,” he said in an interview. “When we started the Hollywood project we had to be super hush-hush because of the litigation potential in Hollywood. So we didn’t say anything about it for a while, and we’re finally breaking our silence.”

When Ha tells other professionals that he is working on a project with 69 units in Hollywood and it has no parking, they question how a project like that could secure financing.

“So there’s still this stigma with providing housing, even on a Tier 4 site, which sits essentially right on top of a major transit stop,” he said. “We used to always say, ‘form follows parking.’ And in L.A., you couldn’t build anything of this size because you couldn’t park efficiently.”

He said the McCadden project will prove the model can work outside of the Downtown L.A.’s Historic Core market, where there have been other residential conversions without parking.

Padden said their model has also proven to be resilient in Seattle amid the pandemic. For example, all the units are individually heated and cooled without common ducting systems.

Padden also noted the growing demand for residential space in Hollywood as film production and content creation continues to expand.

“And with borders closed to Canada and other markets where filming has been taking place, a lot of that is returning to the Hollywood area, which is super exciting to be kind of providing housing for folks that are in that industry,” he said.