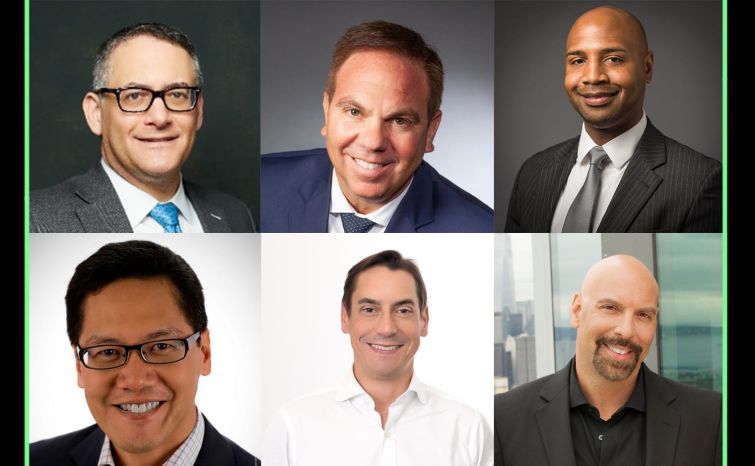 There will be private workout rooms, clean air, and office happy hours via delivery in the brave new world of post-pandemic offices.

In a three-panel event Thursday on the future of property, Commercial Observer covered three important trends in office real estate that we’re likely to see as a result of the pandemic, including design changes to trophy office assets, accelerated adoption of wellness as a factor in office design, and the evolution of flex office space.

SEE ALSO: Meridian Group Bets on Proptech to Bring Workers Back to the Office

Moderated by Michael Gerazounis, president of MG Engineering, the panel first discussed the short-term changes that are being made in order to accommodate office workers while the virus continues to spread.

In addition to the standard best practices, Deitelzweig said Marx Realty was working on creating individual bathrooms and even individual workout rooms for their tenants. They’re also considering pumping music into the stairways to encourage people to take the stairs, and find ways to use outdoor terraces as meeting rooms.

Evans said he expected to see some changes at Columbia’s projects under development, such as the boutique office property at 799 Broadway in Greenwich Village, where they’re considering the health safety amenities that tenants might want, such as using facial recognition for security purposes. And at the Terminal Warehouse, which is a collection of buildings in West Chelsea connected together, they were considering sticking with the current decentralized design, rather than have larger floor plates, so tenants can manage their own access to the building. While “a building within a building” is already a trend, Evans said, that could become more important to tenants.

Finger said that along with de-densification of office spaces, we could see a reversal when it comes to amenity spaces. Whereas until now, communal spaces were increasingly taking up more square footage at the expense of desk space per employee, we could see that reverse. “There’s a lot of negative talk about communal spaces, especially these kinds of amenities where there’s such a large investment,” he said.

The second panel, titled “Fixing for a Pandemic: The Synergies of Green Building & Post-Pandemic Remediation,” was moderated by Jennifer Recine, a partner at Kasowitz Benson Torres. It addressed how the existing trends around wellness have become amplified in the current era, and included some real talk about Local Law 97, which sets caps on the amount of energy buildings can use.

Helena Rose Durst of the Durst Organization called the law, which would require landlords to use certain fuel sources or face fines, an “enforced diet.” Because Local Law 97 encourages the use of alternative energy sources that are not actually available in New York City, it’s not feasible or beneficial for the city, she said.

“I’ll be a little less polite,” John Gilbert of Rudin Management said. “The reality of Local Law 97 in the city of New York right now is that you cannot buy, we cannot buy, nobody can buy energy at scale, so that’s a huge hole.”

Gilbert also discussed the role of data in conserving energy and expenses. “The most important thing property owners can do at this juncture…is to get your arms around the data that you already collect within your buildings,” he said.

If you know the patterns of usage in your building, that can help direct energy where it’s needed and not wastefully cool offices that have emptied for lunch, for example.

The remaining members on the panel, CEOs Steve Levine of Atmos Air Solutions, Rao Mulpuri of View, and Sonu Panda of Prescriptive Data provided valuable information on the way their products help with promoting wellness within buildings.

Mulpuri pointed out how quickly the automobile industry has moved to make cars connected and technology enabled, as opposed to the real estate industry. “Buildings are the dumbest things with us today,” he said. “That’s the problem statement, but there’s a huge opportunity to drive that change. And frankly, get paid for it.”

Edward Shenderovich of Knotel said that in markets where the pandemic has waned, they’re seeing increased demand for their product, though occupancy remains fairly low. “It’s a bit like having a time machine,” he said.

Lekan Bashua of Convene, which is focused more on meeting spaces than enterprise offices like Knotel, said that while staying true to their core business, they are rethinking what meetings mean in the future. For example, they’re now offering drink deliveries for office happy hours, and can leverage the broadcast technology at their physical spaces to connect people virtually. Instead of bringing 50 people to HQ for an all-hands, each team can call in from five different Convene properties, in order to meet lower occupancy levels, Bashua said.

Thais Galli of Tishman Speyer, which manages its own flexible spaces, said that while all landlords say they need flex, not everyone can operate it alone.

Mark Furness, CEO of Essensys said agility will be key to survival in the future, and that’s where flex will play a role. “The 25-year lease commitment,” Furness said. “Quite frankly, I think they’re dead. 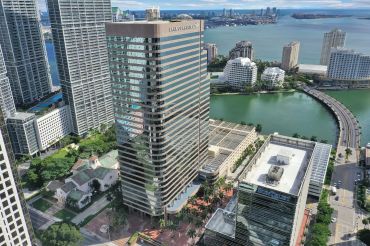