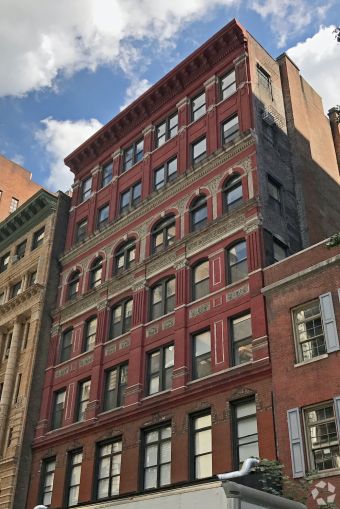 The owner of a NoMad building sued flexible workspace provider Knotel for skipping out on its rent payments during the coronavirus pandemic, court records show.

Knotel allegedly owes $169,040 to 25 West 26th Street Inc. — which property records tie to Brooklyn-based Noam Management — after it stopped paying rent from March until June for its 10,000-square-foot space at 25 West 26th Street, between Broadway and Avenue of the Americas, according to the lawsuit filed yesterday in Manhattan Supreme Court.

A lawyer for Noam, Brian Bendy, and a Noam representative did not immediately respond to requests for comment. A spokeswoman for Knotel declined to comment.

The suit, which names Knotel CEO Amol Sarva directly as the defendant, said that Knotel signed a 10-year lease for the entire third through sixth floors of the seven-story building in 2017. While Knotel paid its $39,776 monthly rent for the space in January and February, it stopped paying in March as emergency measures were put in place to halt the spread of the coronavirus in New York City, according to the suit.

It’s at least the second suit Knotel has faced over missed payments during COVID-19. Earlier this month, the owner of a San Francisco building sued Knotel for about $55,636 in missed rent, the San Francisco Business Times reported.

Knotel and the flexible office space market has been reeling during the pandemic as its members were forced to work remotely. Knotel has said that one-third of its members are looking for rent breaks, The Real Deal reported.

In March, Knotel laid off 30 percent of its 400 employees and furloughed another 20 percent while 10 people on its management team slashed their salaries to cut costs, as Commercial Observer previously reported.

It also plans to give back 20 percent of its 5-million-square-foot portfolio to landlords because of the pandemic, with a “large percent” of that space in Manhattan, Sarva previously told CO.

Sources previously told CO that Knotel informed some landlords it wouldn’t pay rent in April, with one saying the firm simply didn’t give a notice about the missed payment.

Leaked financials obtained by Business Insider showed that Knotel — which was crowned a unicorn last year and pitched itself as a steadier competitor to the money-burning WeWork — had net losses of $223 million in 2019 and lost $49 million since March.

At the end of March, Knotel had about $36 million left in the bank, a drop from the $51 million it had at the end of 2019, Business Insider reported.

The financials also showed that Knotel owed vendors, including brokerages CBRE and Cushman & Wakefield, $84 million at the end of the first quarter.

Publicly, Knotel said in April it had $350 million of contracted annual revenue at the start of 2020 — with a contract value nearly double that amount — with Sarva expecting the company to be profitable by the end of the year.