Mayor Starts $3M to Help Restaurants Bounce Back After Coronavirus 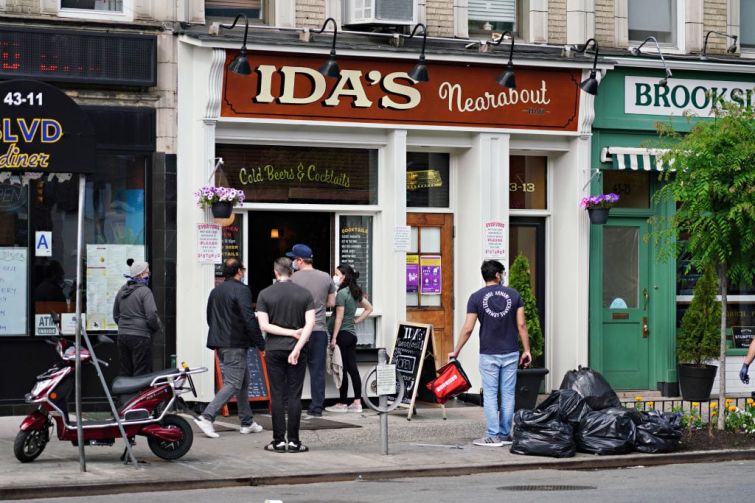 Mayor Bill de Blasio started a $3 million program aimed to help 100 struggling mom-and-pop restaurants bounce back after coronavirus — especially ones owned by people of color — by offering payroll grants to bring back workers.

The Restaurant Revitalization Program will be offered to owners of restaurants in neighborhoods hit hardest by the coronavirus who will be eligible for grants of up to $30,000 a day to pay workers $20 an hour, de Blasio announced yesterday.

“All New Yorkers love food, and we love the good variety of food in this city, but in communities of color a mom-and-pop restaurant, a community restaurant, is something much deeper,” de Blasio said during a press conference. “It’s something precious. It’s something that must be protected.”

The plan expects to help about 1,000 restaurant workers across the city, who will also be eligible for a one-time cash assistance of $500 under the program. Restaurateurs must commit to raising workers’ wages to $15 per hour, including tips, within five years to qualify for the initiative.

However, some in the industry blasted the mayor’s plan because of the wage increase requirements tied to receiving the grants.

“It’s shocking that the Administration is pushing the political agenda of the controversial Restaurant Opportunities Center (ROC) by dangling short-term monetary relief to financially devastated restaurants in exchange for long-term financial disaster, by forcing them to sign on to their misleading wage campaign, which has been rejected by restaurant owners and workers throughout the city and state,” Andrew Rigie, the executive director of advocacy group the New York City Hospitality Alliance, said in a statement. “It’s pay to play politics with an organization that has a very controversial history in the restaurant industry.”

Restaurants around the city have been reeling after emergency orders put in place in late-March to curb the spread of COVID-19 force eateries to switch to take-out or delivery only models, which cut into revenues in an industry already struggling with tight margins to survive.

A march report from the Hospitality Alliance found that restaurant, bar and nightclub owners expected to lay off or furlough more than 67,650 workers during this time. Some experts previously said half of the city’s restaurants could close because of the pandemic.

In May, de Blasio signed a package of bills into law aimed to help eateries survive which included capping delivery fees for third-party apps like Grubhub and suspending sidewalk cafe fees until the winter.