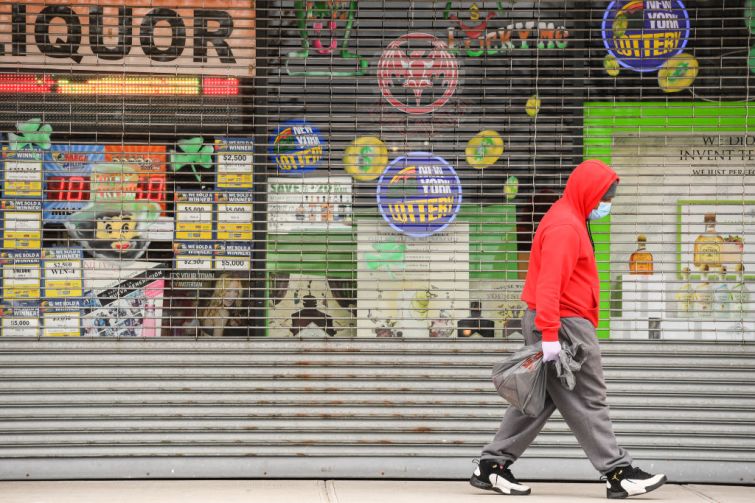 The seven bills offer a range of protections by capping delivery fees on restaurant orders, suspending sidewalk cafe licensing fees into winter, and temporarily pausing the enforcement of personal liability provisions in leases for commercial tenants impacted by COVID-19.

The aid is considered critical to New York’s retail businesses, which have now been closed for more than two months, or operating under severe restrictions.

Two of the bills target third-party delivery apps like GrubHub and UberEats, and address issues that existed prior to the pandemic. The first prohibits third-party delivery apps from collecting fees from phone leads that don’t result in sales, and the second caps delivery fees at 15 percent per order and any additional fees at 5 percent per order. The bills, which were passed by the city council last month, go into effect on June 2.

Another bill extended the suspension of fees for sidewalk cafes through February 2021.

“This legislation is an important first step in planning for a safe reopening of NYC’s restaurants with sidewalk cafes figuring into a recovery strategy to support socially distanced dining and expanded seating capacity,” said council member Andrew Cohen, in prepared remarks.

In addition, one of the bills suspended renewals for city-issued licenses and permits for the duration of the state of emergency plus an additional 45 days.

Another two bills focus on commercial tenants, by prohibiting landlords from going after the tenant’s personal assets if they were mandated to close because of the coronavirus. The bills prohibit the enforcement of personal liability clauses in commercial leases and rental agreements, and classify threats to do so, or any threat to a business impacted by COVID-19, as harassment. Both are effective immediately.

Experts are projecting that up to 50 percent of New York restaurants could close their doors permanently, without adequate relief. Most of the city’s restaurants were locked out of the federal Paycheck Protection Program, either due to lack of access or because the program was designed to focus on employment rather than fixed costs like rent.

James Famularo, head of retail leasing at Meridian Capital Group, said the provisions designed to help tenants could actually lead to more closures, while putting a tremendous amount of pressure on landlords. “You’re going to see a lot of closures, a lot of people who would have fought their way through this,” he said. “Now they can just hand their keys back.”