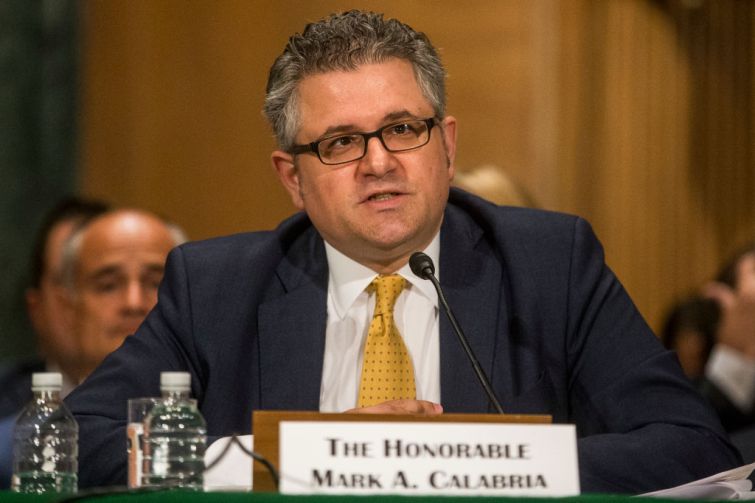 Banking giants J.P. Morgan Chase and Morgan Stanley have been tapped by Freddie Mac and Fannie Mae, respectively, to advise the government-backed mortgage behemoths on their planned recapitalizations and subsequent exits from federal conservatorship, a status the duo has been under since September 2008.

J.P. Morgan was selected by Freddie after a bidding war via a competitive request for proposal (RFP) that it had launched last month, Freddie announced today. J.P. Morgan, itself, consistently ranks as one of the country’s top multifamily and agency mortgage lenders and originators, according to information released by the Mortgage Bankers Association (MBA).

In a prepared statement, Freddie CEO David Brickman called the hire “critical,” saying it “marks a major step toward our company’s exit from conservatorship…We look forward to working with J.P. Morgan to continue meeting the milestones necessary to begin our new chapter as soon as possible. At the same time, our focus on supporting borrowers, renters and lenders in the face of COVID-19 is stronger than ever.”

Fannie’s CEO Hugh R. Frater said in a separate statement that its hiring of Morgan Stanley as an underwriting advisor is “another important step toward a responsible exit from conservatorship, and we look forward to working with FHFA, Treasury, and Morgan Stanley to chart a strong course forward for Fannie Mae. As we continue to stand behind our partners and support homeowners and renters through today’s challenges, we remain focused on ensuring our company is best prepared to serve the market’s future needs.”

According to a press release from Freddie, J.P. Morgan will provide “strategic counsel and perform a range of tasks to help facilitate Freddie Mac’s exit from conservatorship, including advice and assistance on valuation analysis, consideration of potential capital structures and assessment of capital raising alternatives.”

“J.P. Morgan is pleased to be selected as Freddie Mac’s underwriting advisor,” the bank’s chairman and CEO Jamie Dimon said in prepared remarks. “We look forward to working side-by-side with Freddie Mac on this historic assignment in the months ahead.”

On May 21, the Federal Housing Finance Agency (FHFA) officially set the stage for Freddie and Fannie’s exits, issuing new rules that would allow both government-sponsored enterprise’s (GSEs) to build capital in preparation to leave conservatorship and privatize. As part of the new proposal, both companies would be required to have a combined $234 billion in capital on hand, based on their asset allocations as of the end of September last year, according to a Housing Wire report from last month. This would put both entities in line to become two of the largest and most well-capitalized financial institutions on the planet.

Freddie Mac is bulking up in preparation. Earlier this month, it announced that it hired former Navient Corporation executive vice president and CFO Christian Lown to the same titles. Lown’s new role is effective starting today, as per a press release from Freddie Mac.

In November last year, FHFA director Mark Calabria said he expected Fannie Mae and Freddie Mac would shed the label of federal conservatorship by the end of his term in 2024. But, he said, nothing will happen until both entities are sufficiently capitalized, according to a report from the American Banker. Ultimately, it is up to the FHFA, an independent regulatory body, to decide to release the GSEs from conservatorship.

“I certainly hope and expect they will leave before I leave,” Calabria told a group of reporters last November at a Conference of State Bank Supervisors (CSBS) event, as per the American Banker’s reporting. “If they’re not ready, they’re not ready. And I’m not going to force them out.”

But, Calabria said, his organization will be hands off as it relates to Fannie and Freddie’s pursuit of financial and regulatory independence.

“If all is going well, [in] 2021, 2022 we will see very large public offerings from these companies,” Calabria added. “We will be allowing these companies to go out there and raise the capital they need so they can get out.”

The Trump administration released a 53-page proposal last September to overhaul Freddie Mac and Fannie Mae and inch them closer to privatization, suggesting options that would allow the GSEs to retain more earnings and grow their respective capital bases. The Treasury Department acknowledged that it would more than likely take years to implement the proposal, well beyond President Donald Trump’s current term.

After a record 2019, the FHFA went into 2020 having primed the two mortgage giants for a very busy year in commercial real estate finance, putting a lot of stock into future efforts to support affordable housing.

Last September, the same month as the Treasury’s proposal, the FHFA announced that it had armed Fannie and Freddie with a combined $200 billion in multifamily loan purchasing power — $100 billion each — for the five-quarter period starting in the fourth quarter of 2019. The agency mandated that 37.5 percent of the $100 billion be reserved to support mission-driven, affordable housing.

COVID-19, of course, threw all expectations out the window and immediately thrusted Fannie and Freddie into the trenches to fulfill their roles of supporting the housing markets.

This story was updated to include information about Fannie Mae’s hiring of Morgan Stanley, which was announced separately on the date of this publication.